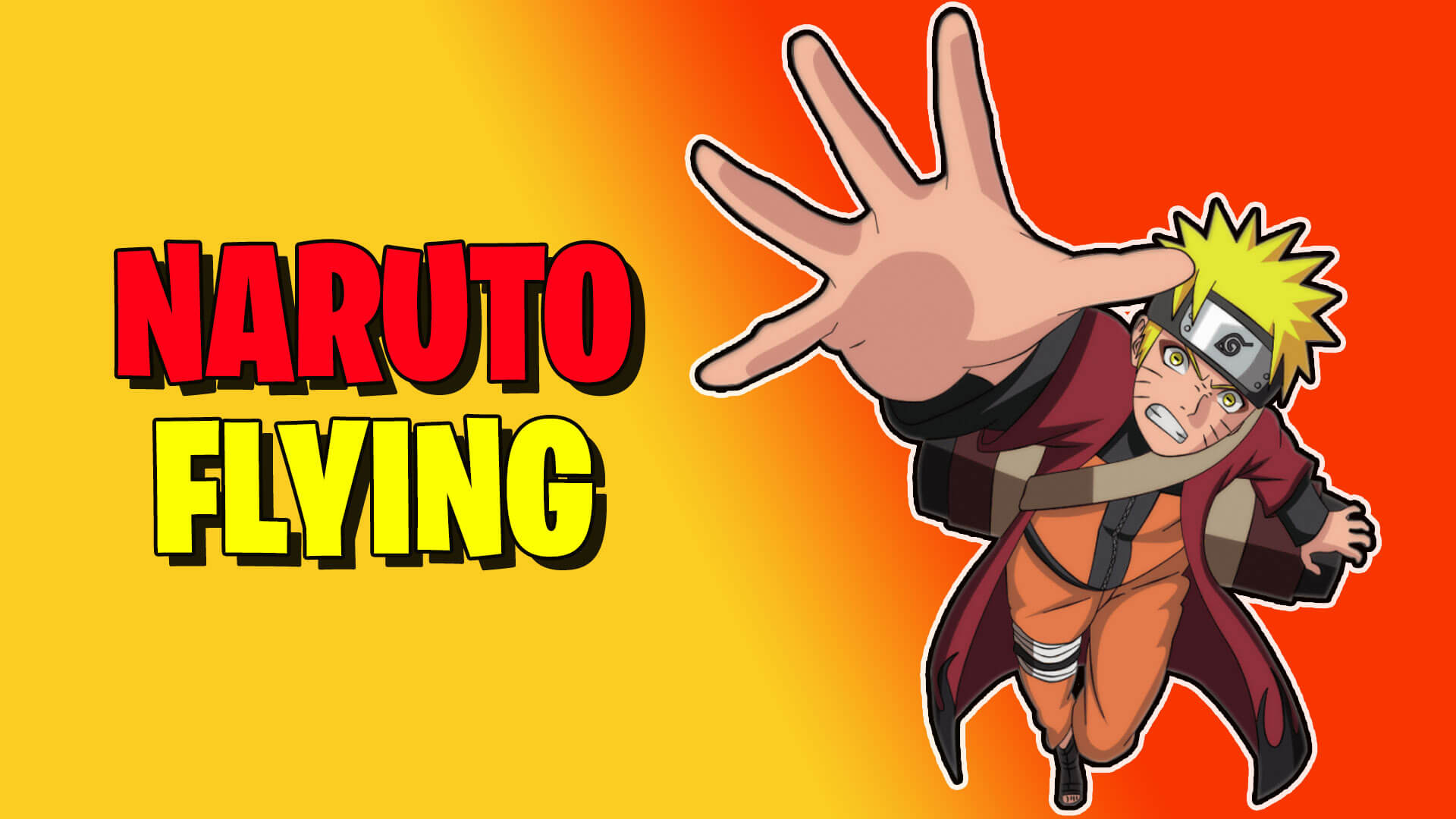 More and more fans have been debating on the topic “Can Naruto Fly?” since Boruto started to air and we were shown the adult version of Naruto, mostly busy with his work.

By the end of Naruto Shippuden, Naruto showed that he has powers of levitation, mainly because of receiving Six Paths Chakra from Hagoromo Otsutsuki (The Sage of Six Paths).

We’ve seen Kaguya, Momoshiki, Kinshiki, and Isshiki Otsutsuki flying because all the Otsutsuki are associated with Six Paths Chakra and can fly.

Similarly, Naruto because of getting the power of Six Paths, becomes able to fly.

We suggest you read the complete article to better understand what’s actually going on!

How Fast Can Naruto Fly?

Naruto can fly at a speed that is Massively Faster Than Light (MFTL).

After a certain point in the series, it is impossible to calculate Naruto’s travel or combat speed.

After getting KCM2, Naruto is stated to be massively stronger and faster than his previous version. We can see that massive improvement when he fights Obito and Madara in the war. KCM2 Naruto should be much faster than Light Speed already.

After unlocking Six Paths Sage Mode, Naruto’s speed becomes incalculable. Both Naruto and Sasuke have transcended light speed massively. Naruto on feet should itself be leaps faster than anyone else.

The only characters capable of keeping up are other Six Paths characters like Juubito, Juudara, DMS Kakashi, 8th Gate Guy, and Kaguya. Naruto should be faster while flying as it covers more ground and takes less energy.

We get a glimpse of Naruto’s speed in the war arc after Kaguya kills Obito and Naruto gets totally angry about this. He blitzes Kaguya’s left hand that was far away from Naruto in the air.

This feat puts Naruto massively above light speed and incalculable.

What Episode Does Naruto Fly?

We see Naruto first flying and levitating in episode 459 which is titled “She of The Beginning”.

Here, Kaguya emerges and opens a portal to a lava dimension.

While team 7 is free-falling into the Lava Naruto levitates for the first time and saves Kakashi, Sakura, and Obito.

While Sasuke summons an eagle that also couldn’t maintain altitude, Naruto gives one of his truth-seeking orbs so that Sasuke can stand on that while Naruto is levitating in the air.

Can Naruto Fly in Boruto?

Yes, Naruto can fly in Boruto.

However, we don’t see him flying too often as the plot is not surrounded around Naruto and he hardly gets an opponent worthy of fighting and going all out.

We can see Naruto flying briefly during his fight with Isshiki and Jigen. We also see Naruto flying while traveling in light speed like when he chases after the Byakuya Gang leader or when Isshiki infiltrates Konoha, we see him flying very fast.

However, we don’t see the same amount of levitation that Naruto possessed in Shippuden. This created a huge debate which is still ongoing in the Naruto community that Naruto can’t fly and the writers forgot about his abilities. This will be explored more later on.

Can Naruto Fly in Baryon Mode?

Theoretically, Naruto should be able to fly in Baryon Mode.

In the fight against Isshiki, we see Baryon Mode Naruto blitzing Isshiki several times. A few of his attacks involve hitting Isshiki in the air and counter-attacking Isshiki from the sky.

At one point during the fight, Isshiki is on the ground and Baryon Mode Naruto creates a massive Rasengan from the air coming towards Isshiki downwards.

We can all view this as Baryon Mode Naruto briefly levitating in the air to gather chakra to create massive Rasengan.

Some people claim that Naruto was able to fly due to the speed that Baryon Mode Naruto possesses and we don’t actually see him levitating.

We see BM Naruto for a very limited period, where he’s traveling way above MFTL and blitzing Isshiki countless times. In the limited screentime we have, we can only make assumptions as of now and Naruto should be able to fly as he still has the powers of Six Paths. Naruto also had the power of Baryon Mode for a very short period of time before Kurama’s life ran out so he didn’t have the time to just levitate in the air for no reason.

Why Doesn’t Naruto Fly in Boruto?

We don’t see Naruto flying much in Boruto especially during fights. Many people claim that the writers have forgotten Naruto’s abilities such as his levitation and Six Paths Sage Mode. This can be partly true as the author changed from Kishimoto (creator of Naruto) to Kodachi (Kishimoto’s assistant).

Kishimoto took a long break from the Naruto world whereas, Kodachi took over the series developing the entire plot. It is possible that Kodachi overlooked many of Naruto’s abilities such as his ability to fly and usage of Six Paths abilities.

Canonically Naruto should be able to fly as he still has the Six Paths power given by Hagoromo and it wasn’t taken back. This can be proven through The Last: Naruto the Movie which is canon and written by Kishimoto himself. The events in that movie take place after Shippuden and we see Naruto clearly flying while he is fighting Toneri Otsutsuki.

Keeping that in mind, Boruto being a continuation of The Last Naruto movie, Naruto as an adult in Boruto should be able to fly. But we don’t see him flying much during battles and we can spot Naruto sometimes traveling in a flight towards his enemies or for any other reason.

This is just a narration error where the writers didn’t put much thought as their fans do which caused a lot of contradiction to the plot and its continuity from Shippuden to Boruto.

To conclude, Naruto should have the ability to fly.