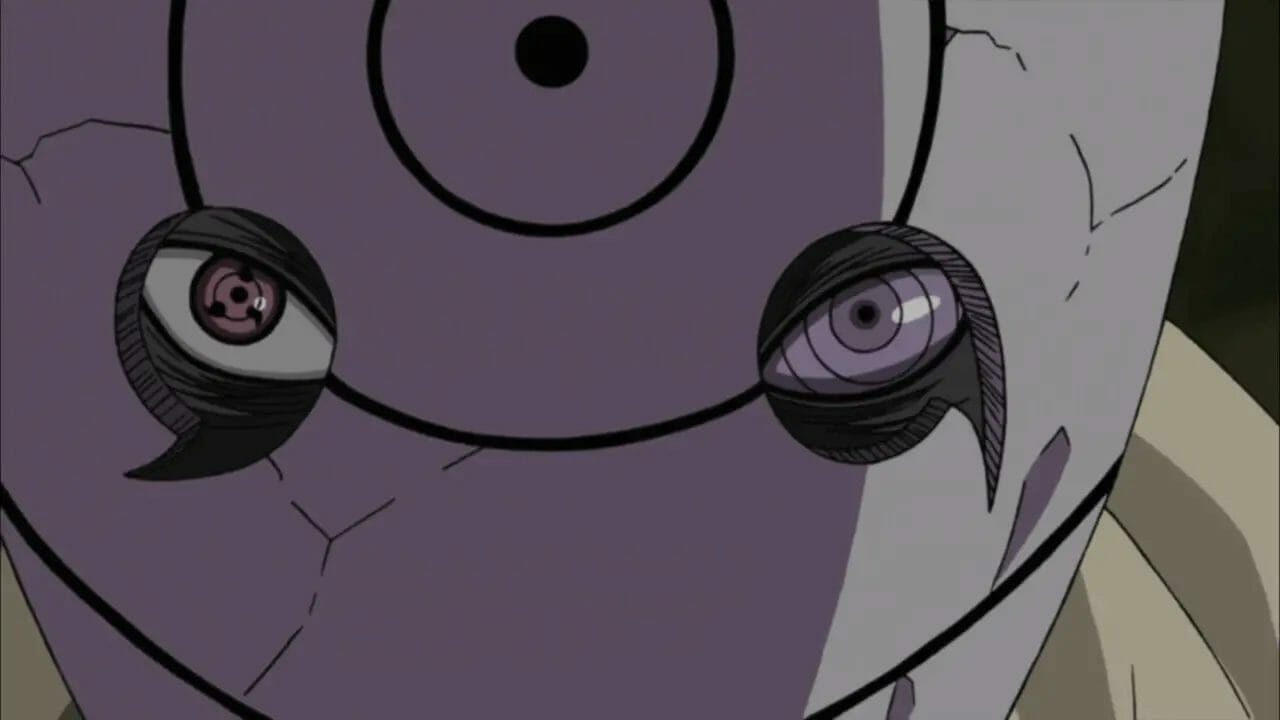 Obito Uchiha was once a shinobi of Konoha, and one of the few people to know the real truth of Madara Uchiha. But his dream was crushed when he witnessed the death of his one and true love Rin Nohara. After her death, nothing was left for Obito in this world. Madara showed him a way by revealing the secret that was written on the Uchiha stone tablet which revealed the secret of Infinite Tsukuyomi which is an endless dream state where everyone gets what they want and everyone lives in peace.

Uchiha Obito also obtained Rinnegan throughout the process, and here’s an explanation to exactly that!

Before getting to the topic of What happened between Obito and Nagato regarding Rinnegan, let’s take a brief look at what Rinnegan is!

What Is The Rinnegan?

The Rinnegan is an advanced form of the Sharingan. It is said to be the highest level of all equipment there is of Sharingan for general shinobi, with its user able to utilize unbelievable jutsus like Almighty Push, Planetary Devastations, etc.

The Rinnegan grants its user many abilities, such as reviving the dead, repealing any kind of jutsu or nuking a village using Almighty Push, making a mini planet to suck your opponents into it, absorbing any type of jutsu, summoning various types of animals and the ability to regenerate body parts.

The Rinnegan can use extremely powerful jutsu… but it is also known as the most difficult dojutsu (eye technique) to learn how to control. Pain is known to be one of the characters to have mastered the Rinnegan to the fullest.

Does Obito Get Nagato’s Rinnegan?

Yes, Obito Gets Rinnegan from Nagato, but not directly.

It is stated that the Rinnegan Obito possesses was originally Madara’s, but due to some various unforeseen circumstances, Madara’s Rinnegan got tossed around to different characters throughout the series which is explained below in chronological order.

After Hashirama’s Death in his battle against Madara, Madara used his cells and awakened Rinnegan after several decades. By the time he awakened it, he was too old and weak. Considering the situation that he couldn’t go on any longer to fight with his body, he prepared a plan for his resurrection.

He saw potential in a newborn Uzumaki, Nagato. According to his plan, he Implanted both of his Rinnegan inside Nagato.

Afterward, Madara saved kid Obito whose half body was crushed under the boulder, turned him evil using Rin’s death, and told him that the Rinnegan that Madara awakened was implanted inside Nagato, asking him to form Akatsuki and also turn Nagato into an evil man too.

Soon after, Madara died, after which Obito used his name with his main plan to turn Nagato into a villain and become his comrade because he possessed Madara’s RinneganRinnegan and you need the Rinnegan to control the Ten-Tails.

Obito planned Yahiko’s death using Hanzo and Danzo to make it come to fruition. Yahiko’s death caused Nagato trauma, as expected by Obito, due to which Nagato turned evil and agreed to join the Akatsuki.

A few years later, Obito asked Nagato to lead Akatsuki, telling him, when the time comes, Nagato had to use Rinne Rebirth Jutsu to bring back Madara Uchiha. Nagato accepted this request.

However, the entire plan took an unexpected turn when Nagato fought Naruto and Naruto changed him into the good person he once used to be. Upon realization, Nagato used Rinne Rebirth to bring back everyone he killed at the leaf instead of Madara as planned, thus betraying both Obito and Madara.

When Obito found out that Nagato had betrayed him, he immediately went to the Village Hidden in the Rain to steal the Rinnegan. He killed Konan at the spot who was protecting Nagato’s honor and took back the Rinnegan from Nagato who died as he had used Rinne Rebirth Jutsu at the cost of his own life.

This was the Rinnegan that Obito used in the War and which was later taken back by Madara.

Also check out How Obito Got His Rinnegan to understand this more clearly!

How Do We Know That Obito Has a Rinnegan?

There isn’t a specific episode that shows Obito obtaining his Rinnegan, but in multiple episodes, we see Obito with a Rinnegan in his left eye.

In episode 253 “The Bridge to Peace” of the Naruto Shippūden, Obito has disguised himself as Madara (Tobi), whose face is masked and he’s looking around for RinneganRinnegan and kills Konan and takes the Rinnegan.

In Episode 255 titled “The Artist Returns” we see that Obito has already taken Nagato’s Rinnegan and has it implanted in his left eye.

In episode 344 of Naruto Shippuden is shown a flashback, where Obito accepts to follow Madara Uchiha’s path. Madara explains to him, how to get to his side, Nagato who currently has the Rinnegan which was given to him by Madara in the past.

When Do We Know That Obito Has a Rinnegan?

We see Obito with a Rinnegan for the very first time in Episode 255 titled “The Artist Returns” we see that Obito has already taken Nagato’s Rinnegan and has it implanted in his left eye. This happens just before Obito is about to go to war.

Then we see it again multiple times during the war but we get a clear look when Obito’s mask is broken and he fights Kakashi in episode 375 of Naruto Shippuden, Obito clashes with Kakashi in one-on-one combat. 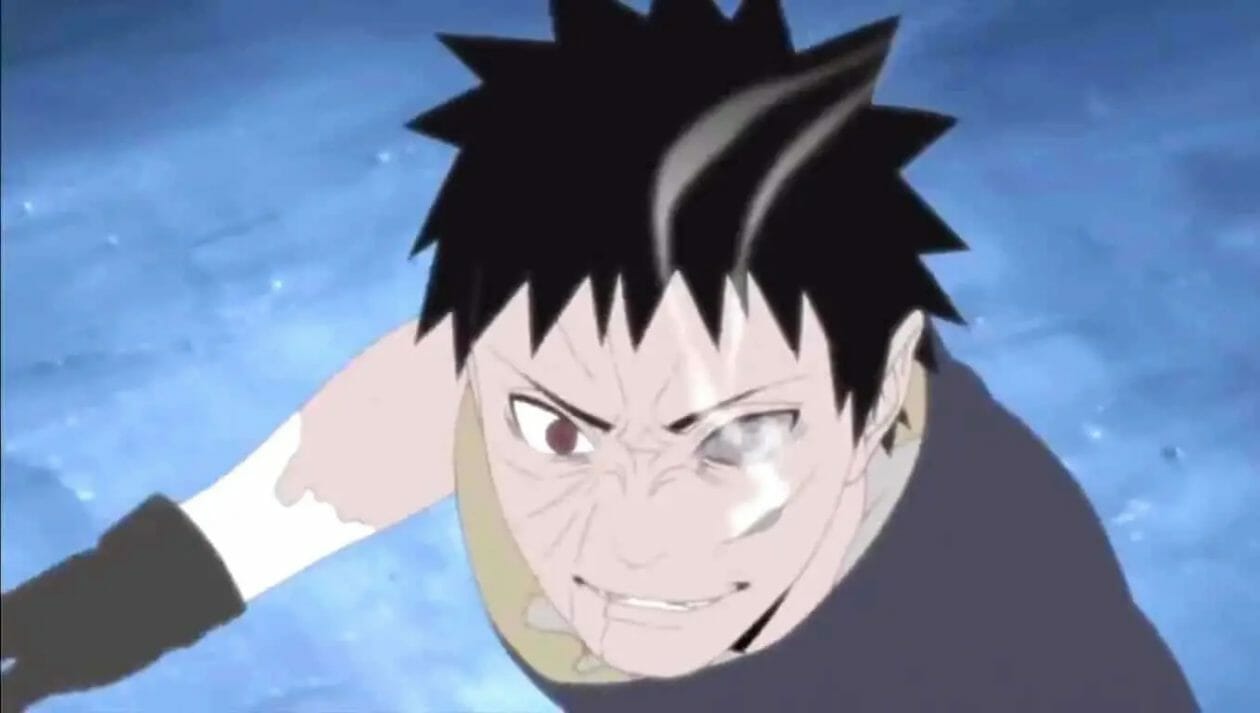 It is now revealed that after Nagato’s death, he has already acquired the Rinnegan abilities.

After obtaining Rinnegan in his right eye socket, Obito (disguised as Madara) desired to go to war and so some killing.

Why Does Obito Want To Get Rinnegan?

The main reason for wanting to have the Rinnegan is to control the Gedo Statue which can only be controlled by the Rinnegan. Pain used to control the statue before and steal all the Tailed Beasts from the Jinchuruki. But after Pain’s death, Obito wanted the Rinnegan for himself so that he could command the Gedo statue.

Secondly, once the Ten-Tails emerges, you need the Rinnegan to control and command it according to your wishes.

Lastly, Rinnegan gives you massive power upgrades as Rinnegan is an eye that came down from the Sage Of Six Paths himself and has abilities beyond a ninja’s perception or capability. A good user of Rinnegan will always be one of the strongest characters.

Obito has always been fascinated by the Rinnegan, for its power and ability to control all six paths.

However, he also knows that the Rinnegan is extremely rare and that it may not be possible for him to get one easily.

Obito is not interested in becoming “Ultimate Shinobi” like Madara. He had his own reasons to want the power of the six paths. He wanted to cast Infinite Tsukuyomi to create a world where others didn’t have to suffer as Obito did on the death of Rin. For this reason, he wanted to achieve Rinnegan!