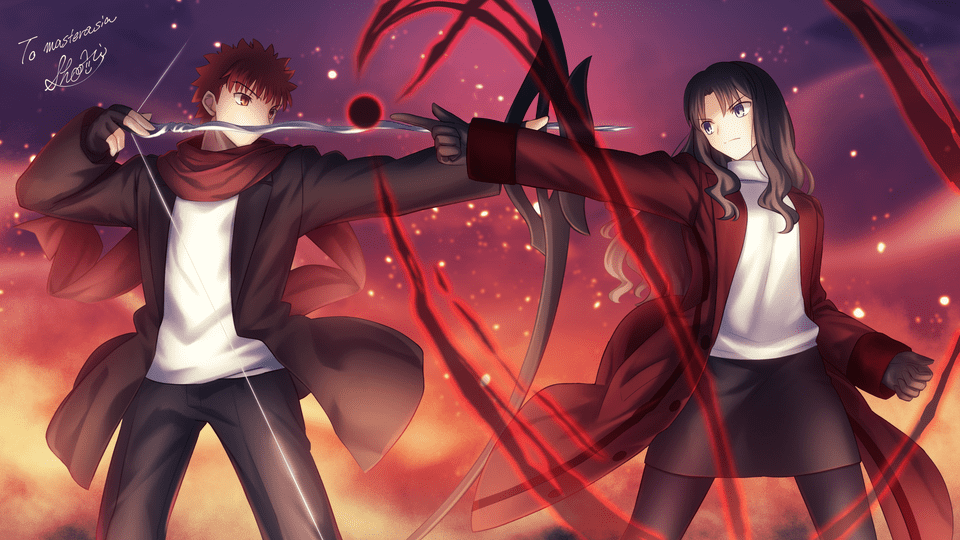 The Fate series is one of the most complex and overarching anime series out there. Based on a series of visual novels, the series contains a lot of different narrative lines and arcs, all of which are actually from one large universe with recurring characters. We will discuss Fate Anime Series Best Fights Ranked in terms of likingness.

Despite its complexity, the Fate series is extremely popular and there are a lot of fans out there who cannot wait for new Fate material to be released.

Fate works have a lot to offer. The characters are quite intriguing, the worlds are masterfully crafted, and the stories are, in general, quite entertaining and captivating.

But, in this article, we have decided to focus on one specific aspect that combines the characters with the narrative – the fights. In this article, we are going to bring you a list of the best fights in the Fate series, whether they include Servants, Mages, or other characters.

Whether you like Fate/stay night or not, the series certainly had its moments. The depth that the series lacked overall was compensated by some of the epic moments from the show, and Archer’s epic last stand against Hercules was one of them.

The guy gave it his all, he even used his Unlimited Blade Works for the first time in the anime, and while he did manage to take only six of his enemy’s twelve lives, it was enough to land a spot on this list, as the fight was truly epic in every conceivable way.

This one might look like a mismatch on paper, but Shirou put up a brilliant fight against Gilgamesh. Although Archer was nominally the best-matched opponent for Gilgamesh, Shirou exceeded everyone’s expectations and gave it his all to approach Gilgamesh, whose specialty is ranged weapons

Slowly summoning his Unlimited Blade Works, Shirou was able to approach Gilgamesh step by step and, as such, counter his long-range movies and set him up for a final headshot, courtesy of Archer. You probably understand why we simply had to put this one on the list as well.

Archer and Shirou are characters whose names you’re going to see very often on this list, which is completely understandable since they are among the franchise’s top heroes.

This fight, though, is not a “fight” per se, but we had to list it here because it is conceptually very interesting. First, it showed us that Shirou sucks as a Mage and that he is very limited.

Secondly, it showed us just how powerful Rin is. This was a glorified game of hide-and-seek in which Rin showed off her powers, whereas Shirou simply ran away and hid from her, trying to survive.

Oh, there’s also Gilgamesh, again. Yes, yes, Fate doesn’t do much in the diversity department when epic fights are concerned, but the fights are quite epic. Building on that, the fight between Gilgamesh and Berserker was an epic one since both of them are so powerful.

Still, unless you’re a good match for Gilgamesh in a fight, chances are you’re going to end up defeated, which is what happened to Berserker. Not only that, Gilgamesh dealt with Berserker easily and even killed his Master in the end. Woah.

This fight is a prime example of what one can do with a lot of cash. The animation was amazing, which is not strange for a movie-size budget and a work made by Ufotable. Now, everything about this fight was absolutely stunning, from the fight sequences themselves to the chase that preceded it.

It is a visual masterpiece that culminated in one of the more shocking twists of the Fate series. It seemed that Lancer was there for the kill, but someone or something intervened and True Assassin got the chance for his epic one-shot kill.

We could’ve gone with Archer vs. Lancer I easily, but the second one was even more epic. This was a prime example of a Servant-on-Servant fight and we were truly amazed. But, the second one did it even better.

Intense, quick, with amazing animation, the second fight between Archer and Lancer pushed both of them to their limits.

Lancer, interestingly enough, seemed to have the upper hand for most of the fight, until it ultimately came down to their most powerful techniques, and that is where things got intense.

An unexpected turn of events made this fight one of the more epic ones. On paper, Rin had nothing to do in a fight against Caster; the latter should’ve crushed her with ease. But Rin, being as bold as she is, not only entered the fight thinking she could win, but she also had the upper hand in the end.

At one point, she punches the caster so hard that she starts to vomit blood, which was an amazing and unexpected turn of events in itself. Had Kuzuki not intervened, Rin just might have finished Caster off.

Recommended Posts: Top 5 Anime Like Naruto You Must Watch

Like the previous one, this was a total mismatch on paper. Saber was far more powerful than Kuzuki in every aspect on paper, but the conditions of the fight were on Kuzuki’s side.

On the one hand, he himself was an expert assassin and a brilliant fighter. On the other, his powers were further augmented by Caster’s magic. On top of all that, Saber was not in the best place at the time and Kuzuki simply took advantage of it.

This fight was one of the grander moments of the series. Saber Alter fought an amazingly potent opponent and while they fought, the whole world almost shattered completely. It seemed that Berserker would take this one, but it was ultimately Saber’s Noble Phantasm that did the trick.

Recommended Posts: What Movie Does Naruto Fall in Love with Hinata?

And we left this one for last. Archer wanted to completely destroy and shatter his opponent in this epic clash, but Shirou proved to be more resilient than Archer had anticipated so he managed to come out on top.

That sums up Fate’s Series Fights in order. Thanks for Reading.