How Did Danzo Get Sharingan

Danzo is one of the most hated and mysterious characters in the series. Mainly because of the Foundation which Danzo runs from the shadows of Konoha. Danzo always used that he works for the good of the village no matter how dark the path is, the Village has always been his top priority.

But once you look into Danzo’s activities throughout the series, it is pretty clear that every single thing Danzo did in his life has resulted in the creation of a very powerful enemy. Apart from his excuse of saving the village, Danzo was very much interested in the Sharingan. He hated the Uchiha clan for their powers and the ability of their Kekkei Genkai. But he desperately wanted it for himself because of the powers that the Sharingan gives.

This article will discuss in detail, the most frequent questions about Danzo and his Sharingan that we see throughout the series.

How Does Danzo Have Sharingan in His Eye?

Danzo was always interested in the Sharingan, he always envied the rare gift only accessible to the Uchiha clan. Being the leader of the Foundation, he had a lot of Uchiha clan members working under him as Anbu such as Shisui Uchiha and Itachi Uchiha. This made Danzo always want to have a Sharingan for himself.

Being the person he is Danzo always used dark methods in doing things. He made strict rules at the foundation and trained the young recruits in dark ways. He never hesitated in killing a person for his own reasons. During his young days, Danzo decides to have a sharingan with him at all times in one of his eyes. Uchiha clan being easily accessible to him Danzo many times stole and also killed a lot of the Uchiha clan members to steal their Sharingan from time to time.

Danzo stole the eyes of a lot of unnamed Uchiha members until he found the capability of Shisui’s eye and decided to keep his eye forever. One day before the Uchiha Coup d’état Danzo calls Shisui at a secluded place and attacks him stealing one of his eyes. He keeps this eye until his death in Shippuden.

How Did Danzo Get His First Sharingan? 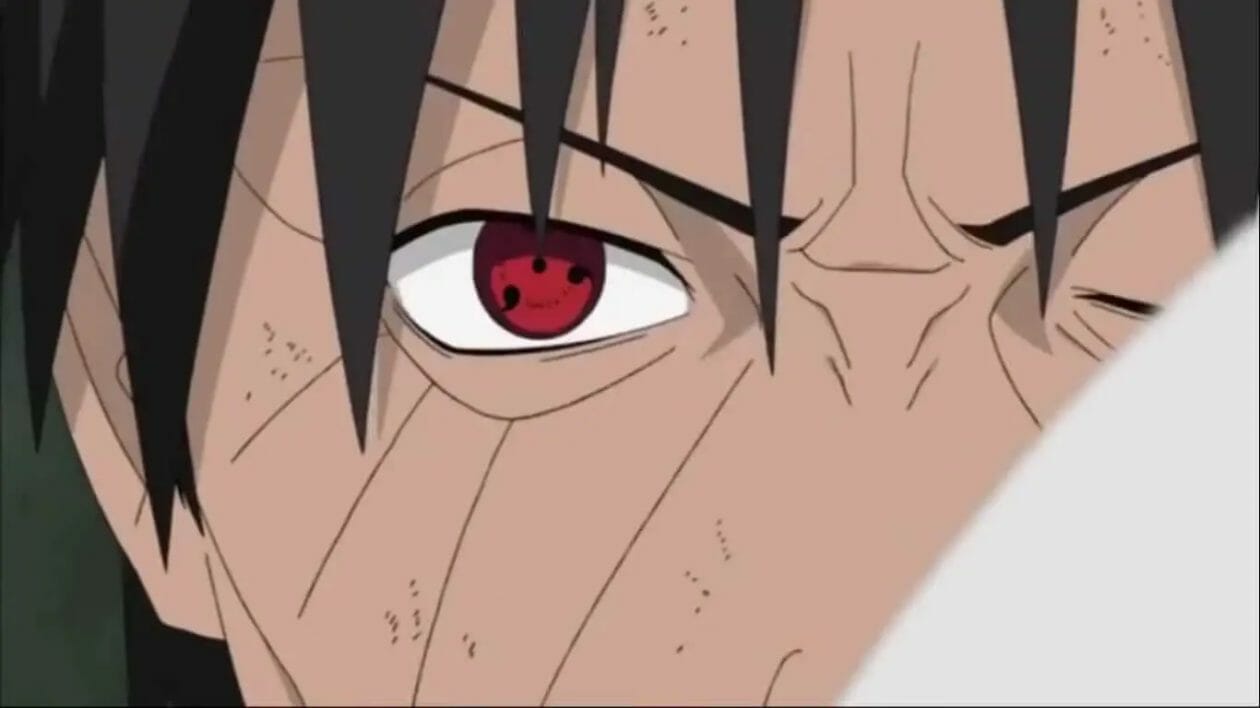 It is never revealed when and where did Danzo get his first sharingan. Apart from him as a teenager working under the command of Tobirama Senju, we have never seen Danzo with two eyes. His right eye is always covered with white bandages probably hiding a sharingan.

It is assumed that Danzo working as the head of the Foundation and doing his dark stuff stole sharingan from a lot of Uchiha as per his choice and necessity. Danzo most likely kept changing Sharingan as per its potency and ability. However, there’s no way of proving this as we never see Danzo stealing anyone’s eye apart from Shisui.

Danzo after a long time decides to steal Shisui’s eye because of its special ability which will be explained later. Danzo after stealing Shisui’s eye uses it for the rest of his remaining life.

Does Danzo Have Mangekyou Sharingan? 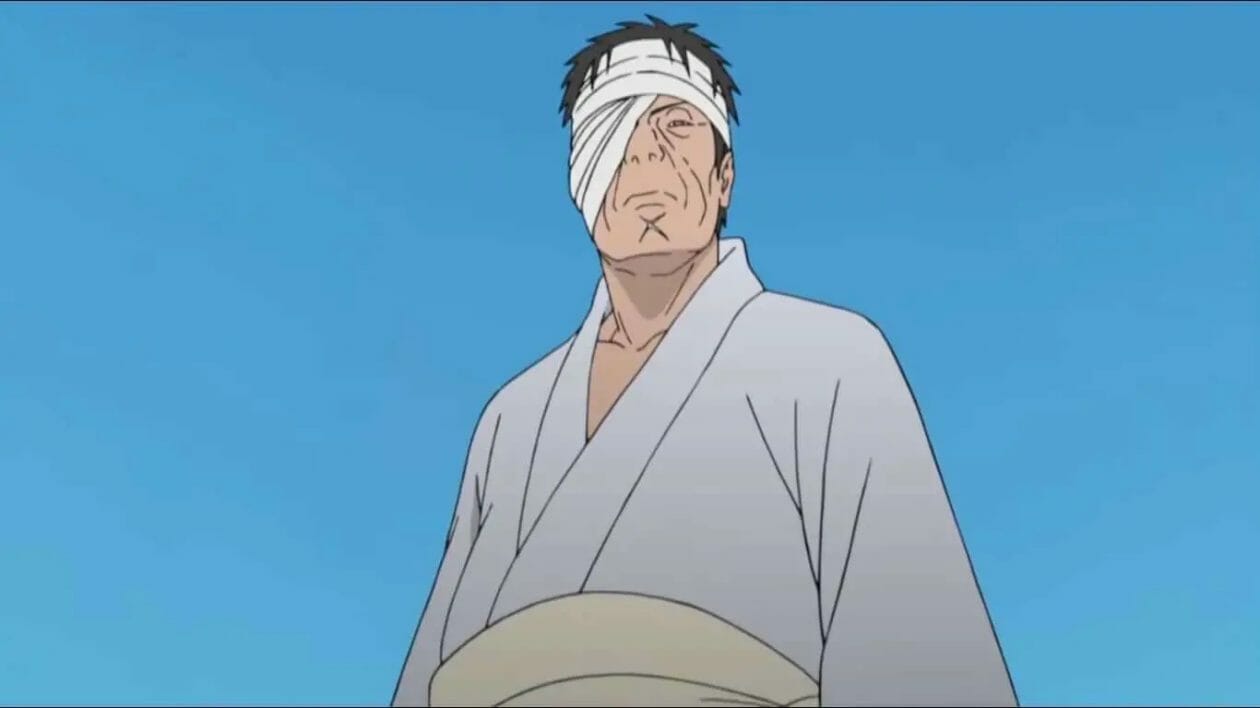 Danzo himself doesn’t have a Mangekyou Sharingan by blood as he is not an Uchiha member.

Danzo stole Shisui Uchiha’s eye which has a Mangekyou Sharingan and Danzo has used it whenever it was necessary.

Danzo having only one of Shisui’s eyes is not capable of using the Susanoo but he definitely can use other abilities of Shisui such as his rare Genjutsu that made Danzo steal it in the first place.

Moreover, Danzo has an advantage which is that his Sharingan will never lose vision even after heavy usage because Danzo’s entire right arm is made up of the Hashirama cells which have the capability to keep the MS potent. Obito uses the same way to keep his MS potent and use Kamui as much as he wants without losing vision.

Is Danzo an Uchiha? 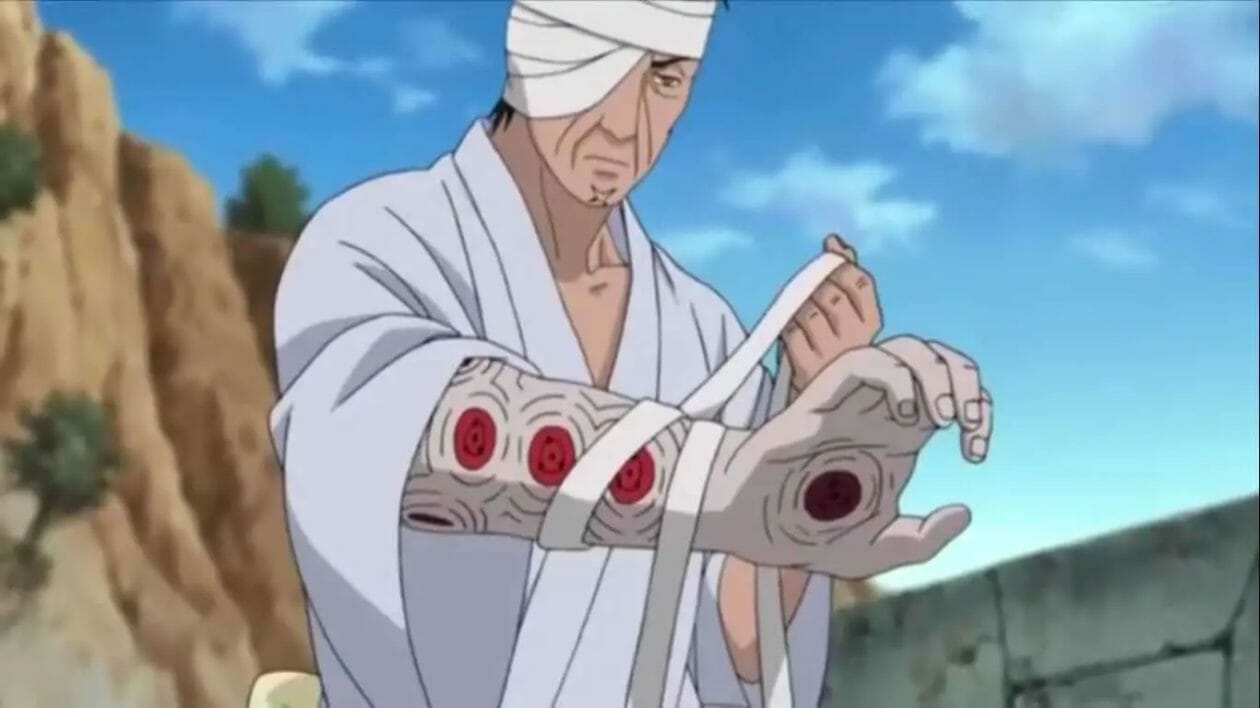 The Shimura clan although not much explored in the series go way back in the Ninja history. Danzo is the only character we see from the Shimura clan and we don’t know anything about his history apart from his ninja days when he used to be a teammate of Hiruzen Sarutobi and used work under Tobirama Senju. Being Hiruzen’s teammate Danzo always envied his skills and self-sacrificial qualities and wanted to become the Hokage. Things go the other way around and Hiruzen becomes the third Hokage. This is pretty much all we know about Danzo’s history and his clan was not explored at all.

How Many Sharingans Does Danzo Have? 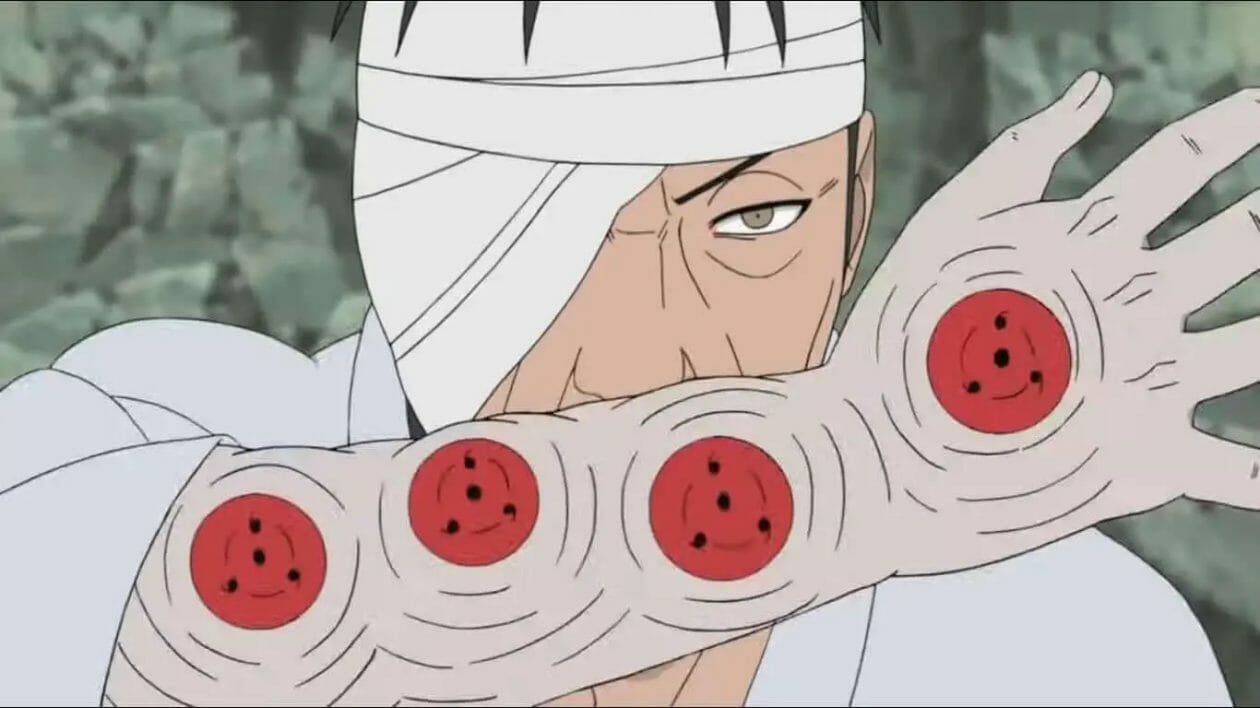 Danzo always has one sharingan in his left eye. Danzo steals Shisui’s eye for his own reasons and keeps his highly powerful Mangekyou Sharingan with its rare abilities.

Danzo’s right arm is also filled with Sharingans. He has a total of Ten Sharingan on his right arm. His right arm with the help of Hashirama cells can withhold 10 sharingans completely potent and usable in fights.

Danzo keeps his Right arm locked so that it can’t be detected by any sensory or visual jutsu and he wraps his entire right arm to show it as a fracture.

Whenever in requirement Danzo uses the ten sharingans in a battle using the secret and forbidden technique of the Uchiha clan the Izanagi.

Izanagi is a technique that has the capability of reversing death itself at the sacrifice of a Sharingan’s complete vision. Danzo having 10 of them in his right arm has the ability to reverse death 10 times after getting killed.

This is well shown when Danzo fights Sasuke. Although, this was a pretty bad usage of the abilities as Danzo gets killed by easy attacks and unnecessarily uses all the Sharingans which leads to him getting killed at the end.

Most shinobi can’t understand Danzo’s usage of Izanagi which leads to Danzo winning on different occasions. It is not clearly explained how Danzo got that many eyes but it is assumed that Danzo stole those eyes after the Uchiha Massacre done by Itachi and Obito.

Why Did Danzo Take Shisui’s Eye?

Danzo stole Shisui’s eye mainly because it is known to have the strongest Genjutsu ever used by any shinobi. It is a rare and powerful ability that Danzo wanted, that one can have using only Shisui’s MS.

The ability is called Kotoamatsukami which is known to be a Genjutsu so strong that any Shinobi including a Jinchuriki will not escape and follow any orders given by the user. Kotoamatsukami is known to be the only genjutsu to have broken the reanimation jutsu when Itachi uses it on himself with help of Naruto during the war.

Danzo uses it once during the Five Kage summit on Mifune so that he can be the commander of the Allied Shinobi Force. Danzo successfully places the genjutsu and manipulates Mifune into making him the commander. But he gets caught by Ao who using his Byakugan sees Danzo activating Shisui’s MS for his own benefit.

Danzo steals Shisui’s rare eye for this amazing ability, therefore, forcing it out of him. Shisui being caught off guard couldn’t defend himself and is left with only one eye. Shisui escapes and then goes to Itachi, gives him the remaining one eye, and kills himself for the sake of the village.