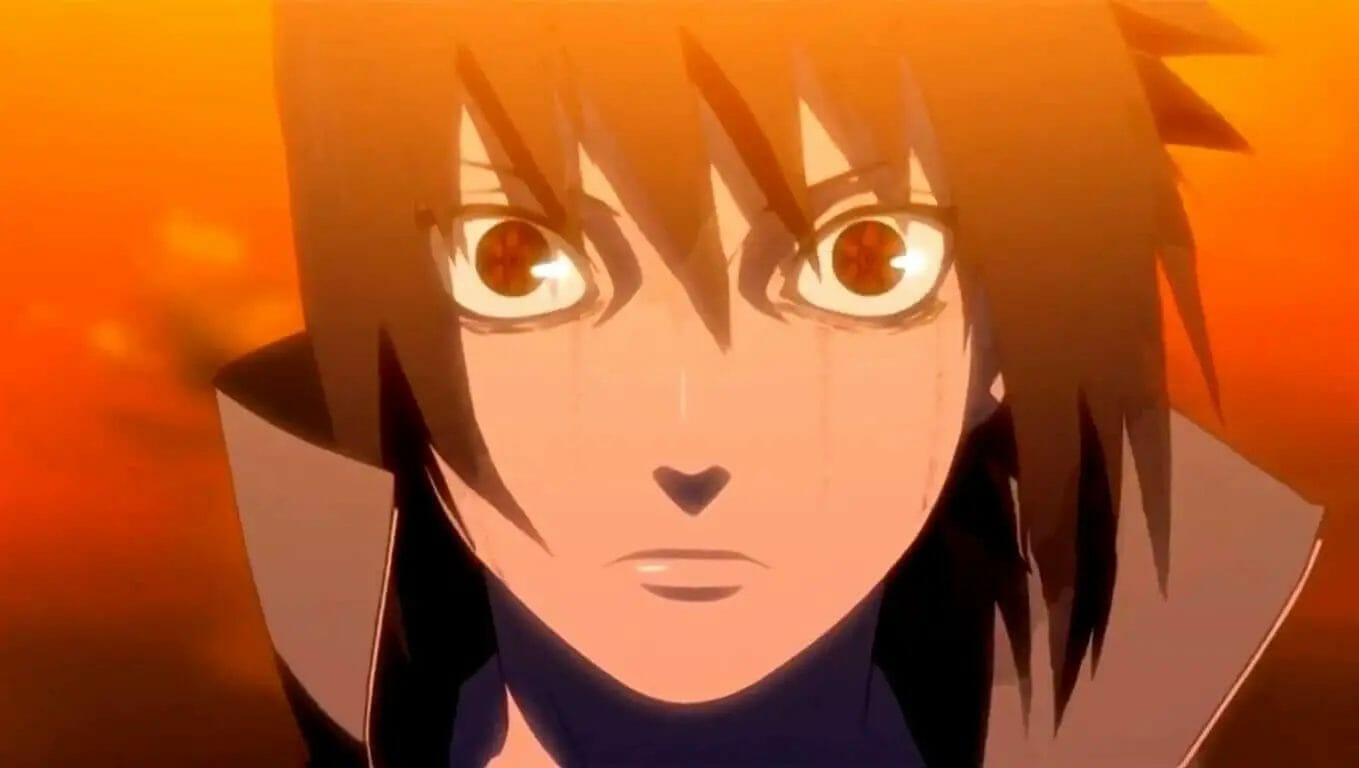 Mangekyou Sharingan is a powerful eye technique that can only occur where there is an incredible level of hatred and anger pent up within the user. It then reverts to a regular Sharingan if those thoughts are negated at some point. Although, shifting from base to Sharingan to Mangekyou Sharingan can be controlled with practice and experience. A user needs a surge of hatred or emotion just to activate different stages of the Sharingan. How Did Sasuke Get Mangekyou Sharingan, this is what we’ll be discussing in this article!

It’s not something that just pops up suddenly like the other forms of the Sharingan; it takes time for it to develop enough power to achieve this form. Its powers lie in its ability to control space-time ninjutsu; allowing the user to manipulate their opponent across long distances, even affecting past actions.

Sasuke was a child prodigy, he was gifted with the Sharingan which allowed him to learn the Uchiha Fire jutsu before his classmates. Although it wasn’t Mangekyou, he was able to awaken the Mangekyou Sharingan at a point later in the series!

How Did Sasuke Get Mangekyou Sharingan

Sasuke got the Mangekyou Sharingan after defeating his older brother Uchiha Itachi, who was a rogue ninja of the village. Itachi died due to his illness during his battle with Sasuke, after which Obito reveals to him Itachi’s past where Sasuke realizes that Itachi was a good person and sacrificed his life for the sake of the village. It is also revealed that Itachi was ordered to kill every member of the Uchiha clan including his parents, but he couldn’t kill his younger brother. This gave a sudden surge of anger and emotion to Sasuke awakened Sasuke’s Mangekyou Sharingan.

Itachi after killing everyone joined Akatsuki to spy on the Akatsuki and give valuable information to the Leaf village. Itachi sacrificed his entire life for the village and this further made Sasuke angry.

It’s important to note that the Mangekyou Sharingan cannot be activated by itself. It requires other forms of manipulating chakra for it to work correctly. That means even before the user can activate his or her eyes into that form, they must have already awakened their Sharingan and advanced through the stages into what is called “beyond all powers“!

Sasuke awakens his Mangekyou Sharingan after Itachi’s painful and selfless history is revealed to him and then realizing that Sasuke was the one who caused Itachi’s death. In this way, Sasuke’s Mangekyou was awakened!

That explains How Does Sasuke Get His Mangekyou Sharingan!

What Episode Does Sasuke Get The Mangekyou Sharingan? 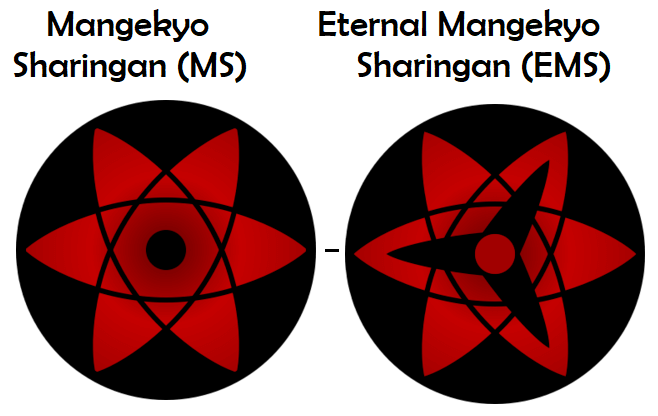 Sasuke gets the Mangekyou Sharingan in episode 141, titled “Truth”. It takes place during the “Fated Battle Between Brothers” arc.

What Chapter Does Sasuke Get The Mangekyou Sharingan?

Sasuke gets the Mangekyou Sharingan in manga chapters 400 – 402.

Although the Mangekyou Sharingan is powerful, it comes at a risk: blindness! As long as you have your eyes activated into that form, it will become painful for you to keep them open. How long you can keep them open depends on your perseverance and how much pain you can handle. The user can also become practically blind if he uses MS too much.

The process of deactivating Mangekyou Sharingan isn’t as simple as closing your eyes; it takes a lot more to stop the flow of chakra in those forms, which means it’s very dangerous for the user.

Why Did Sasuke Go Blind So Fast? 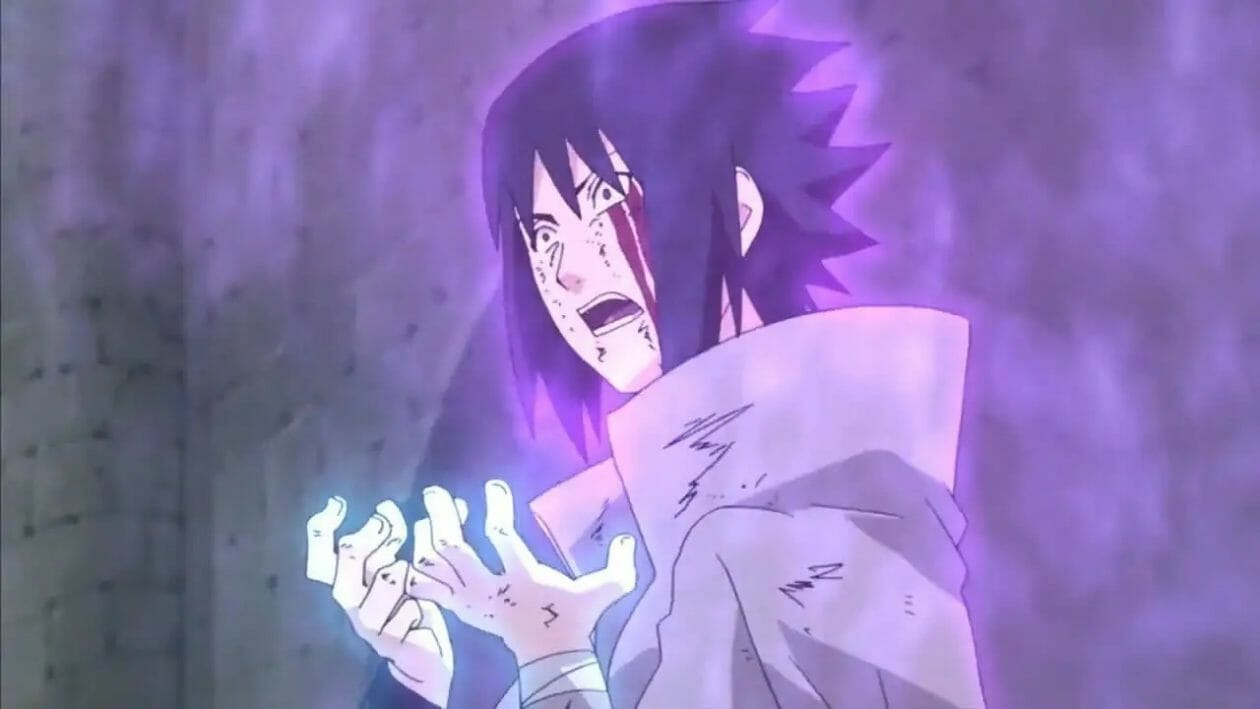 Sasuke went blind fast because he overused his Mangekyou Sharingan. He advanced fast and hadn’t adapted his power to the eye. He became almost completely blind when he fought Danzo and Team 7.

The Eternal Mangekyou Sharingan is the next stage of the Mangekyou Sharingan. The EMS gives the user unlimited MS abilities without losing sight. One of the biggest liabilities of having the MS is that you have amazing abilities but the user will go blind on over-usage. MS also consumes enormous amounts of chakra which weakens the user quickly. Once you get the EMS all the liabilities of MS are completely fixed. The user’s eye won’t go blind even when overused. EMS consumes very little chakra for really kage level abilities.

Moreover, every single ability that a MS user has will be heavily amped. A normal Susanoo will become perfect Susanoo, other abilities will be easier to control and will overall consume less chakra.

Does Sasuke Have Eternal Mangekyou Sharingan 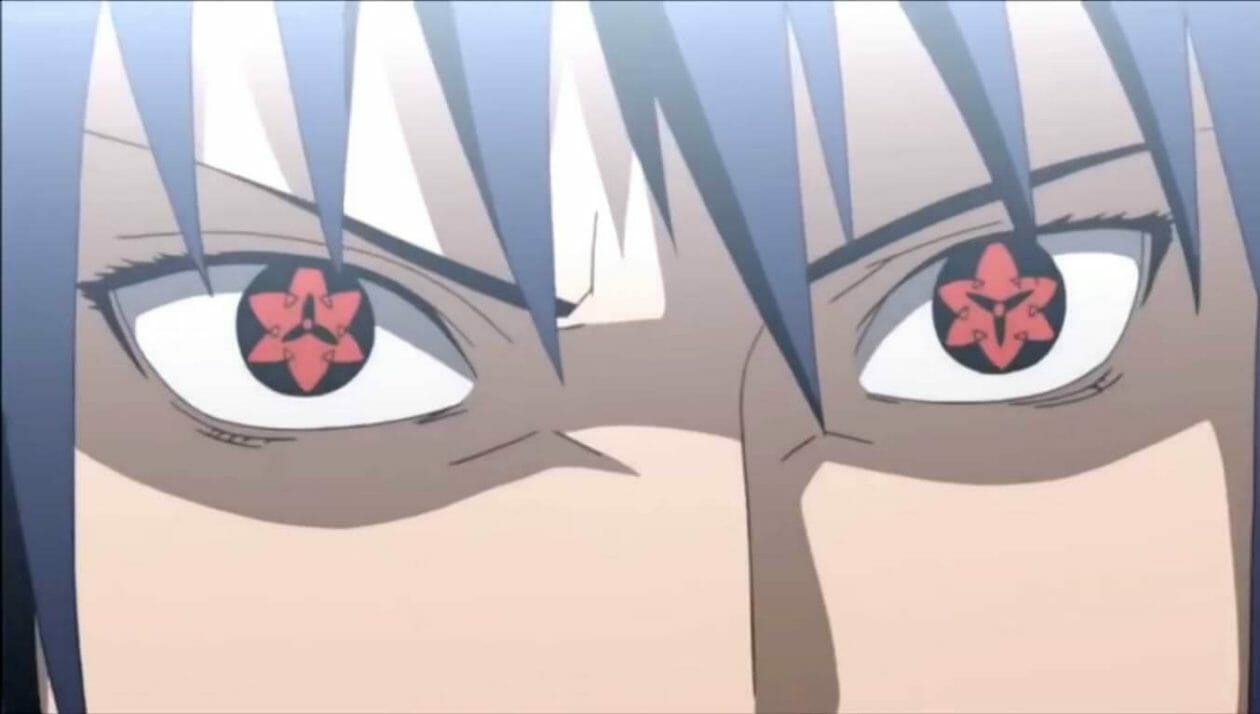 How To Get Eternal Mangekyou Sharingan

It has to specifically be your sibling, because, for this to work, you need blood ties with the person you’re taking eyes from. You must belong to the Uchiha clan because Sharingan is the Kekkei Genkai unique to this clan only!

How Did Sasuke Get Eternal Mangekyou Sharingan 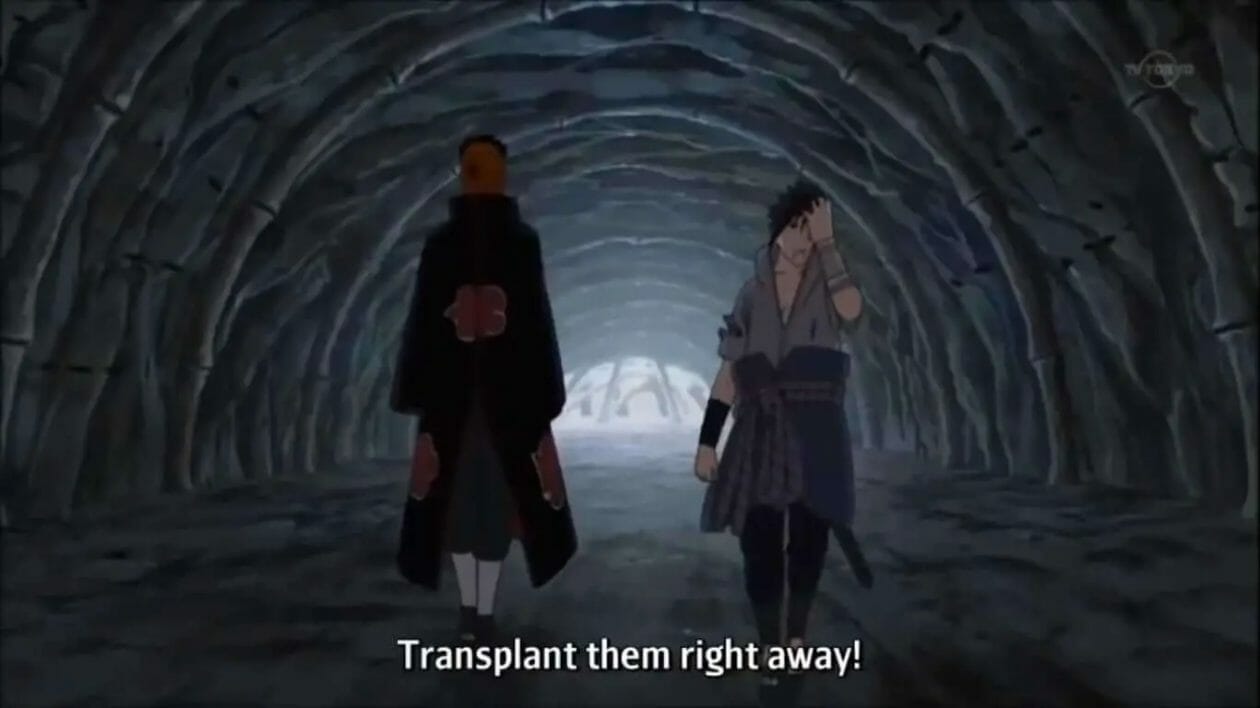 Sasuke asked Obito to Transplant Itachi’s eyes into him so that he could awaken EMS.

That answers the popular question “How Did Sasuke Get Itachi’s Eyes?“. That’s also the same as how Sasuke Awakens Eternal Mangekyou Sharingan.

Yes, Sasuke took Itachi’s eyes and used them to awaken the Eternal Mangekyou Sharingan to obtain the upgraded Sharingan which would increase his strength and abilities drastically. Obito transplanted Itachi’s eyes into Sasuke after their fight with Danzo and team 7.

When Does Sasuke Get Itachi’s Eyes 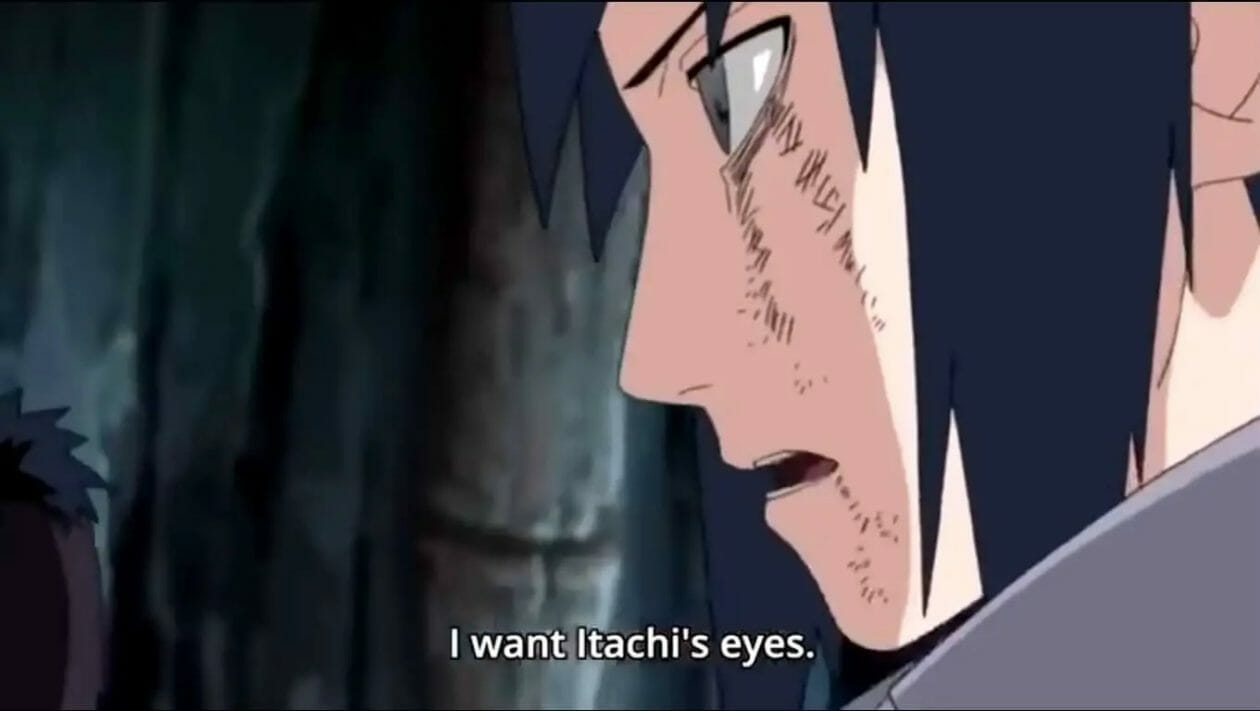 At first, Sasuke wants to transplant Itachi’s eyes after his brief encounter with the rest of team seven which takes place in Season 10, Episode 216.

Then we get to see Sasuke after the transplant completes while he heals. This was in Season 10, Episode 220. That’s when Sasuke gets his brother’s eyes transplanted into him.

Sasuke doesn’t have much screen time after this. It’s not until almost one hundred episodes later, it is revealed that Sasuke’s eyes have finally healed and has newly attained powers. This happens in Season 16, Episode 326.

When Does Sasuke Get The Eternal Mangekyou Sharingan

Sasuke obtains the Eternal Mangekyō Sharingan after the fight of Itachi when he transplants the MS eyes of Itachi into himself to increase his strength.

Tobi is the one who aids Sasuke in the transplantation of his brother’s eyes. These eyes can be counted as one of the strongest Mangekyou Sharingan.

How Did Sasuke Get Amaterasu?

Sasuke was given Amaterasu by his brother Itachi Uchiha before his death. He implanted it in Sasuke’s eyes so that it’ll automatically activate when Sasuke faces Madara. He did this to keep Madara away from Sasuke!

Sasuke has Eternal Mangekyou Sharingan and Sasuke’s eyes/Itachi’s eyes will never go to waste. What happens after Sasuke dies?

Can someone else give me the Sharingan?

Yes, but this is very unlikely. The Sharingan is considered to be a powerful and prestigious Kekkei Genkai (bloodline limit) that is hereditary; with rare exceptions, Sharingan can only be acquired by birthright or by an injury caused by someone with the Kekkei Genkai (though there are reports of incidents involving people who hurt their eyes directly with Sharingan-inducing jutsu).