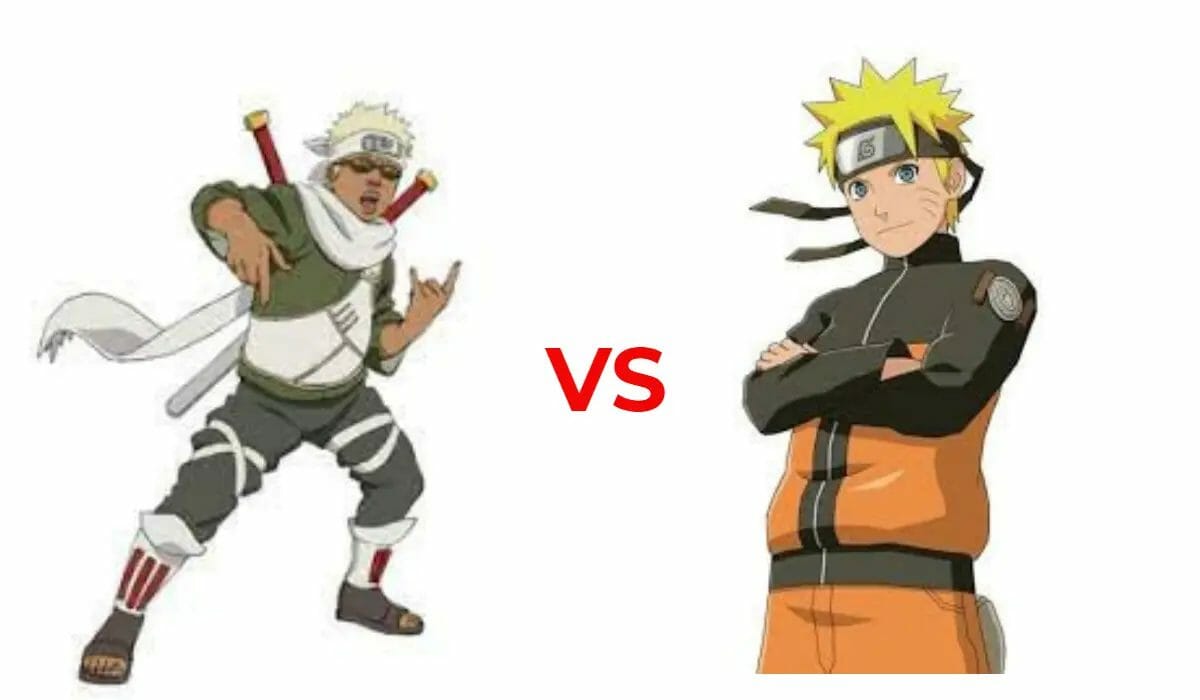 Is Killer Bee Stronger Than Naruto?

Can Killer Bee Withstand Naruto?
How powerful are Naruto and Killer Bee?

If you’re seeking Answers to the above Questions, You’re just at the right place to discover that!

Let’s Take a look at both Ninjas’ Overall Power.
We will take the Strongest Form of both Shinobis.

How strong is Naruto?

Naruto has now complete Partnership with Kurama (9-Tails) which allows him to gather way more strength than when he is without it.
He has the Chakra of all Tailed beasts which links them all together.

Naruto has Ashura’s Chakra making him descendent of one of the Greatest Shinobi in History.

He has Sage Mode which enables him to gather unlimited Energy from Nature and enter in the mode of Six Paths Sage Mode, surpassing all Sage Modes in Naruto Universe.

He has now the Arm containing the cells of Hashirama providing him Senju’s Chakra, one of the Greatest Chakras in the Naruto Universe which comes with great powers and abilities.

Naruto has Yin and Yang Chakra because of Kurama ( 9-Tails ).

He has Truth Seeking Orbs on whose one-touch enemy Perishes. ( He does not have it in daily routine but we are considering most OP modes, he has 5 basic transformations so he can rebuild them).

He can heal whatever he touches, also restore missing organs. He can also heal himself very immediately after he has been wounded.

How Strong is Killer Bee?

Killer Bee is a very ground-breaking shinobi, able to without any help overpower the whole team Taka comprising of different dangerous contenders.

As a kid, he accomplished missions by himself that were meant to be executed as a team with his partner A, causing partner A (his elder brother) to take note that his youthful brother has more talent than he did.

Indeed, even Minato Namikaze stated that Killer Bee was a ninja with a great force rather than basically a jinchūriki.
Bee could stand his ground against Kisame Hoshigaki of Akatsuki, and later on against two tailed beasts during the Fourth Shinobi World War.

The killer bee is the Jincuriki host of Gyuki. He has a strong relationship with his Tailed beast ( Eight-Tails ). Their relationship is not dominance-based but coordination.

This strong relationship is the key to win in almost every fight Bee faces.

Gyūki can help Bee by disturbing his chakra to dispel any kind of genjutsu along with granting more of the tailed beast chakra.

Killer Bee has a Great Taste in Rap. He raps throughout the series.

Killer Bee has the enormous quality and battle ability. He can without stretch, fight various foes immediately, with next to zero exertion.
Since Bee is so solid, he keeps down be that as it may, in any event, while doing so he shows incredible durability and Energy. He is really an Energetic being and fights without breaking a sweat.

Killer bee has Great Speed. He can move in the blink of an eye and attack the enemy with drastic attacking strength.
He is faster than all Shinobis. Just can’t beat Yellow Flash and Kyuubi Chakra Mode Naruto.

Killer Bee is very tough, having the option to battle for long lengths of time taking next to zero harm.
Bee additionally has incredible endurance, permitting him to go for extensive stretches of time without tiring.

Killer bee can control his chakra flowing on his swords. He turns his Chakra into electricity and manifests it into his sword.
He can cut through objects which ordinary swords couldn’t. He can control multiple swords without breaking a sweat too.

Killer Bee can not only Control Gyuki (8-Tails) but can pull out tailed beast transformation.
Moreover, He has the ability to control other animals who are not even Tailed Beasts.

Killer Bee has built up a one of a kind style of Kenjutsu, in which he holds his seven cutting edges in the middle of the joints of his arms (left armpit, the two elbows), right leg, stomach, one side of his neck, and in his mouth.
He additionally joins Samehada in his Kenjutsu. Since His style of operating weapons is so unusual, his adversaries are handily overpowered, along these lines giving Bee extraordinary flexibility.

That’s it for Killer Bee’s Abilities

So,
Let’s Take a look at the Comparison of Both Characters in Various Parameters.

Naruto wins this one because Naruto has got very outstanding Jutsus.
The main ones which are the greatest are:

Since Killer bee does not have a variety of Ninjutsu techniques, Naruto takes this round.

Now, we know Naruto has Good Taijutsu, but it’s not really Good Enough than Killer Bee’s one.
The killer bee is much better at Taijutsu than Naruto.

Bee is Physically fit and Powerful. He outranks Naruto in Taijutsu!

We have never seen Naruto or Bee using Genjutsu in the whole Naruto and Naruto Shippuden series.

This round goes to Naruto too.

In the 4th Shinobi World War, Naruto single-handedly fought half of the War.
He kept up with every enemy he faced and defeated them.

He even gave Chakra to all other Shinobis during the battle for healing and protection purposes.

Killer bee also followed Naruto all along but Naruto fought with multiple shadow clones in different directions.
He sent his clones as reinforcements everywhere. This round of course goes to Naruto again due to his hard work and Guts to keep up with everything he had been through and everyone he faced.

Killer bee’s ability to utilize multiple swords at once with electrical chakra is known as ninjutsu.
Naruto does not have that kind of ability.

Naruto surpassed 4th Raikage in speed before he went to fight the war. Only Yellow leaf had been able to surpass his speed.
Although Killer bee has good speed he does not match Naruto’s speed.

This round goes to Naruto Again.

Similar Post: How Many Times Does Naruto Say Believe It

Killer Bee is Not Stronger Than Naruto.

Your Comments and Sharing on Is Killer Bee Stronger Than Naruto and other articles Motivates and Encourages us to Answer more of your Questions!
Thanks For Reading.