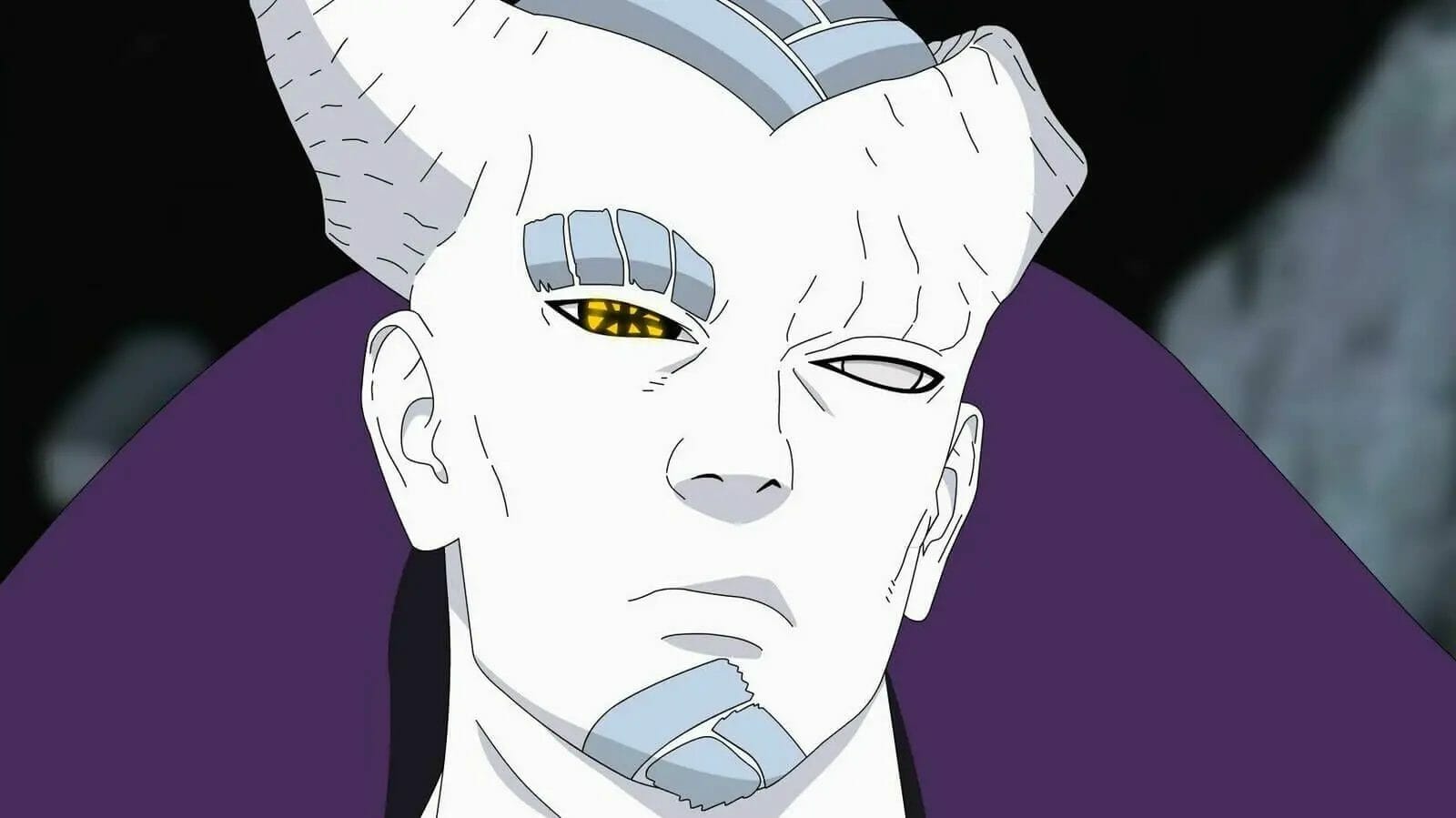 Who Is Isshiki Otsutsuki?

Isshiki is one of the highest-ranking Otsutsuki of the Otsutsuki clan.

Isshiki is known for his unquantifiable speed, shrinking objects, usage of Byakugan, and immense power.

Isshiki can easily defeat any of the characters from Naruto Shippuden or any other character introduced till now. Only Baryon Mode Naruto stands a chance against him.

Isshiki’s goal just like all other Otsutsuki is to go from planet to planet, plant the divine tree, eat its chakra fruit and enhance himself.

This article will answer all the major questions related to Isshiki and his goal. Let’s get started.

Who Is Isshiki Otsutsuki to Kaguya? 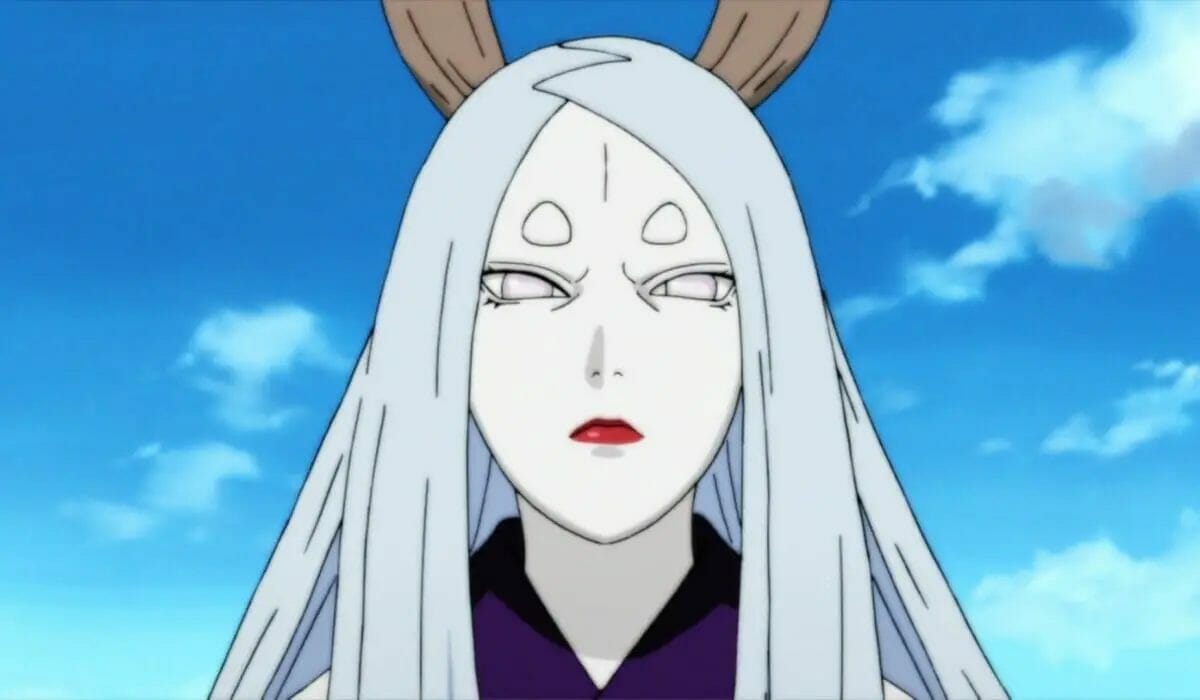 In other words, Isshiki and Kaguya Otsutsuki were parents sent by their clan to carry out the task of consuming all life on planet Earth.

Isshiki is stated to be a higher ranking Otsutsuki than Kaguya and is known to be her superior.

In the Otsutsuki’s ways, the superior Otsutsuki has to plant a divine tree and feed the inferior one to the tree so that it could cultivate and feed on all life on the planet and give a chakra fruit.

The Otsutsuki who sacrifices his/her life has to implant karma on an individual so that they could come back to life. Once the chakra fruit is fully grown, both the Otsutsuki’s have the privilege to eat it and enhance themselves.

Who Is the New Otsutsuki in Boruto?

The new Otsutsuki in Boruto is Isshiki Otsutsuki.

He came to planet Earth with Kaguya Otsutsuki to consume all life on planet Earth by planting the Divine Tree using the Ten-Tails.

Kaguya betrays him and almost kills him when he is off guard and plans to plant the Divine Tree in her own ways.

Meanwhile, on the brink of his death, Isshiki desperately looking for a way to survive sees a monk walking near him. Isshiki without any second thoughts takes him as a host and implants a Karma on him.

That monk is Jigen. Since then, for several centuries, Isshiki has been living inside Jigen as a parasite. After he implanted a Karma on him for Isshiki Otsutsuki’s resurrection he realizes that Jigen’s body is too weak and not suitable for replacing the mighty Isshiki Otsutsuki’s true form.

Here starts Isshiki’s long search for a perfect vessel so that he could come back to life in full power and carry out his goal which was ambushed by Kaguya.

He searches for several thousand centuries, whilst, Kaguya got sealed by Hagoromo and Hamura Otsutsuki, the age of the shinobi came, several clans joined to create Five Great Nations, a secret group called the Akatsuki was hunting down tailed beasts and declared war, Kaguya came back and got sealed by Naruto and Sasuke, Momoshiki and Kinshiki invaded knowing that Isshiki and Kaguya failed their mission and Naruto and Sasuke again defeated the Otsutsuki and saved the planet.

Meanwhile, Isshiki inside Jigen created Kara organization and was testing on kids as his potential vessels. He finally finds Kawaki who turns out to be a perfect host for Isshiki Otsutsuki.

What Is Isshiki Dojutsu?

Isshiki has 2 types of Dojutsu. On his left, he has a Byakugan which all of the Otsutsuki’s usually have. Isshiki’s right eye is an unnamed dojutsu that gave one of its first-ever appearance on the series and entire lore of Naruto.

Isshiki’s Byakugan has the same abilities as any other Byakugan. Isshiki uses it when he first infiltrates the leaf and to search for Kawaki in the village among the crowd he uses his Byakugan and tries to take benefit of the long-range of vision the Byakugan provides. The precautions are taken by Naruto and the others by putting Kawaki in a place where no dojutsu can reach. Therefore, Isshiki fails to find Kawaki and has to use another way.

The other dojutsu is introduced for the first time and it offers amazing abilities that Isshiki uses on various occasions.

What Does Isshiki’s Eye Do?

His first ability is the Sukunahikona which is an ability to shrink himself and anything into a microscopic size and regrow them back. The shrinking happens in an instant and takes absolutely no time, the speed of his shrinking can’t be quantifiable but it is way faster than light speed.

His shrinking ability has a limitation though. He can’t shrink any human being or any living thing. Apart from that, he can shrink any type of jutsu, object, elements, non-living objects and anything which isn’t a living thing.

The second ability is also amazing and is connected to the Sukunahikona.

The name of the ability is Dai-Kokuten which is a jutsu that allows Isshiki to store everything that he has shrunk in a dimension where time doesn’t flow and retrieve them whenever he wants.

He used it as Jigen to summon a dining table with food that he had stored when Delta destroys his previous dining table while he was eating.

He has also given a demo to Kashin Koji showing a glass of wine that he also had stored for a drink whenever he required.

Apart from all the cool demos, the ability is pretty dangerous as we also see Isshiki summoning several giant pillars directly on top of Koji intending to trap him.

This jutsu is also very fast and happens at an equal speed as the Sukunahikona as both the abilities are pretty much connected. These are the two abilities of Isshiki’s right eye that we see.

Does Naruto vs Isshiki Fight Take Place in Boruto?

Naruto vs Isshiki does take place in Boruto: Naruto Next Generations.

After losing that match pretty badly, Naruto and Sasuke fight Isshiki Otsutsuki in his true form after his resurrection.

They lose that fight pretty badly as well.

Then in the Do or Die moment, Kurama comes up with a brilliant plan that might just help them win this fight and save the world.

Watch the anime to find out how the amazing fight turns out!

Is Isshiki Otsutsuki vs Naruto an Interesting Fight?

Isshiki Otsutsuki vs Baryon Mode Naruto is one of the best fights in the entire series. It’s one of my favourite fights and Studio Pierrot has given us an outstanding animation.

Studio Pierrot members are Naruto fans, just like us, and they deserve some appreciation. Not only did they give us great animation, but also the fight had many references to Naruto part 1 and Shippuden.

There were a lot of Naruto vs Sasuke at the final valley references that you can catch if you pay attention.

Moreover, when Baryon Mode appeared in the manga, Naruto never uses ninjutsu. But in this episode, Pierrot made sure that fans knew that Naruto is in his absolute form and he can definitely use his ninjutsu, they showed it when he uses a giant Rasengan on Isshiki which was such a beautifully shot scene.

Isshiki was shown as the strongest character to date. He played and completely destroyed Naruto and Sasuke without even going all out.

Then Baryon Mode Naruto comes and completely demolishes and embarrasses the Otsutsuki God up to the point where he’s begging for Kawaki to show up. One of the greatest fights to date.

What Episode Does Naruto Fight Isshiki in Boruto?

Then Isshiki gets resurrected and attacks the village and fights with Naruto, Sasuke, and Boruto in Episode 215 which is titled “Prepared”.

After that Isshiki and Naruto fight each other individually in Episode 217 which is titled “Decision”.

What Is Isshiki vs Naruto and Sasuke Episode?

After these two episodes the plot shifts to Naruto vs Isshiki which is like a climax to this fight.

When Isshiki was off guard Kaguya attempts to kill him.

Isshiki being the strongest Otsutsuki to date, doesn’t easily die.

However, in his dying moments, desperate to find a way to live see a novice monk walking near him. That unfortunate man is Jigen.

Isshiki invades Jigen’s body and lives inside it like a parasite using him as a host.

He later implants a Karma in him hoping to resurrect. However, it turns out that Jigen’s body is not compatible for Isshiki to fully resurrect.

From there he starts his search for a vessel.

Amado during his defection to the Leaf Village gives this valuable information to Naruto and Sasuke that Isshiki and Kaguya came to earth together to plant the Divine tree.

But on a certain day, Kaguya suddenly turned against him. Amado further says that he doesn’t exactly know her motives.

It can be for some personal reasons that Isshiki and Kaguya might have. Kaguya and Isshiki might have some bad history or some bad blood between them.

Another possibility is that Kaguya could have wanted the rare chakra fruit all for herself and not shared with another Otsutsuki.

Moreover, she might have not liked the fact that she is the sacrifice to the Ten-tails and she has to go through the entire process of finding a vessel, implanting a Karma, and then waiting several years for her resurrection.

There’s no way of proving these possibilities because her reason for betrayal is never stated. But the important thing is that this happened.