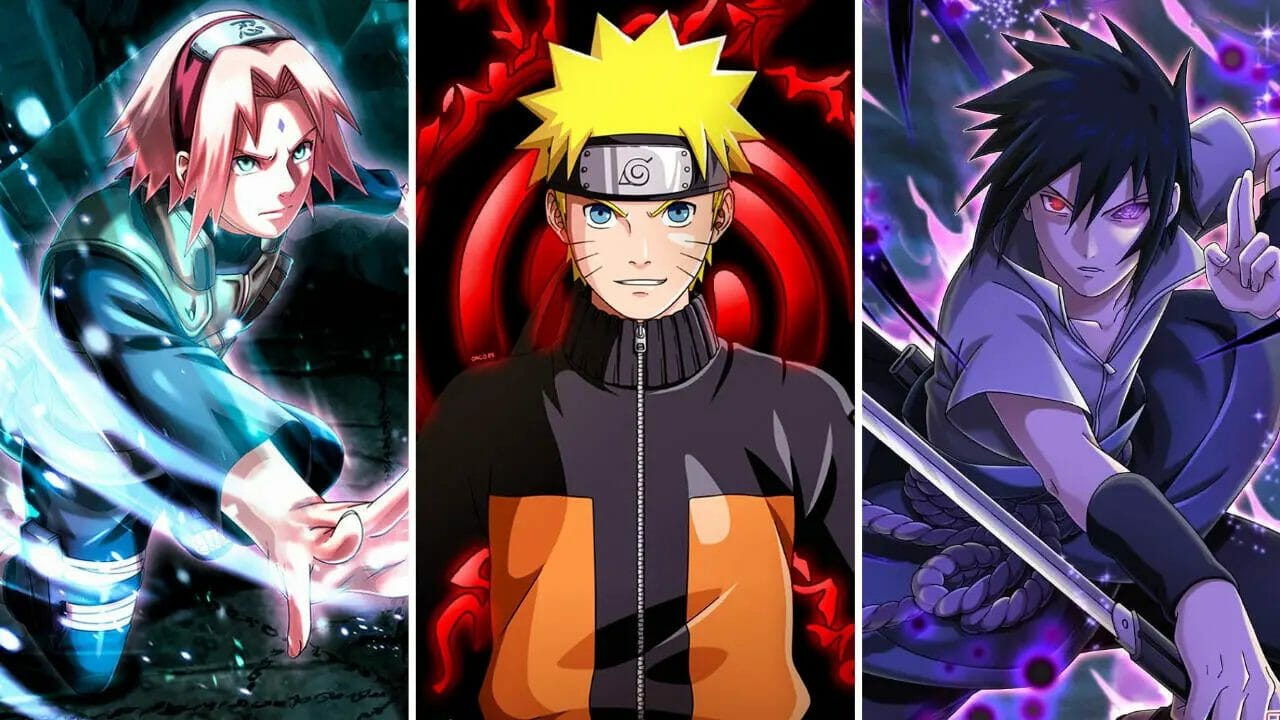 We Strongly Encourage you to read what we have mentioned in this article because it is a complete guide for those who are planning to watch Filler-Free Naruto and Naruto Shippuden Anime Series.

Read the complete article for the sake of a better experience of Naruto Part 1 and 2, missing any information may lead to confusion later on!

This article will guide you to watching Naruto Part 1 and Naruto Shippuden while skipping unnecessary fillers and saving valuable time.

For people who don’t know what fillers are, here you go.

Fillers are basically episodes that are not in the manga or which don’t affect the main story in any way.

Fillers also mean something which is not written by the Creator/Author of the franchise. Fillers can also be called non-canon.

Overall, this article will be a proper guide for anyone who has started or is planning to start watching Naruto just now and wants to just watch the main story and skip fillers, essentially saving valuable time.

Naruto Part 1 and Naruto Shippuden are mentioned 1st and all movies afterward.

We’ve also mentioned Which Filler Arcs are Worth-Watching, make sure to read that before you skip all fillers.

In total there are 720 Naruto and Naruto Shippuden episodes and 11 movies. The entire Naruto storyline is covered in these episodes.

Naruto Part 1 consists of 244 chapters which are covered in 27 manga volumes.

The Naruto Shippuden Manga encapsulates all the chapters following chapter 244.

Manga goes from chapter 245 to 700 which wraps up Naruto’s story.

These Episodes are not fillers and must be watched to understand the Story of Naruto.

Similar Post: When Do Naruto and Kurama Become Friends

One of the most asked questions that I’ve encountered from people who have just started watching Naruto is whether they should watch the fillers. Naruto and Naruto Shippuden combined consist of 720 episodes. Around 40% of those episodes are fillers.

Many people ask “should we watch fillers nevertheless of them being irrelevant to the main plot as they are first-time watchers?”

What I really want to cover here is that I’ll be guiding people who are not sure whether they should skip all the fillers or watch some of them.

If you are someone who is watching Naruto for the first time and have literally no idea about the world of Naruto then my recommendation is that you watch all the episodes from 1-142.

There are a few filler episodes in between, but my recommendation is to watch those episodes as well. These episodes have a good plot and mainly it will help the viewer to bend into the world of Naruto even more.

Now, according to the filler list episodes from 143-219 are filler. But there are a few episodes in between which are enjoyable to watch and you can consider spending time on those episodes. Although, this is optional and you can skip the episodes as per your choice.

Hinata learns a new technique in this arc which is great to watch. This arc has a decent plot and good animation.

Naruto and Ino go on a mission together. This is a good episode where we see a lot of interaction between Naruto and Ino, which doesn’t happen much in the canon episodes.

This arc gives the very much-needed screen time to Kurenai. This arc has a good plot with great animation where we see Kurenai playing an important role.

This is the best filler arc in Naruto Part1. The plot is amazing and we see great fights which involve a combined mission from the Sand and the Leaf Village. I strongly recommend you to watch this. Episode 220 is canon.

Shippuden consists of a total of 500 episodes so I’m not going to recommend too many arcs and waste your time. Few arcs are great to watch with a decent plot. Nevertheless, it is completely your choice whether you want to watch it or not.

This arc has some really good fights with great animation and a decent plot. We meet a character who has some chakra of the nine tails which was stolen when the nine tails attacked the leaf.

This arc is the best filler arc in Naruto Shippuden. This involves a character named Guren who has access to a rare Kekkei Genkai: Crystal Release. Apart from this, the entire arc involves sealing the three-tailed beast by different groups including Leaf Shinobi. It is a great arc and I strongly recommend watching this.

This arc is a short filler arc before the plot goes into the Pain arc. These episodes involve the 6 tails Jinchuriki Utakata.

These are the 3 arcs I recommend you to watch. Apart from these filler episodes most of the other episodes are not necessary to watch.

But there are a lot of single/double filler episodes which happen in between the war arc. You can watch or skip them as per your choice.

All filler movies aren’t connected to Naruto or Naruto Shippuden and that’s why we have written movies in separate sections at end of this article.

Watch Naruto Movies in this order:

Naruto the Movie: Ninja Clash in the Land of Snow

This Movie is written by Katsuyuki Sumizawa (screenplay) and directed by Tensai Okamura.

Naruto the Movie: Guardians of the Crescent Moon Kingdom

Written and Directed by Toshiyuki Tsuru.

Written by Junki Takegami (screenplay) and Directed by Hajime Kamegaki.

Written by Junki Takegami (screenplay) and directed by Hajime Kamegaki.

Naruto Shippuden the Movie: The Will of Fire

Written by Akira Higashiyama (screenplay) and directed by Masahiko Murata.

Road to Ninja: Naruto the Movie

Written by Masashi Kishimoto (screenplay) and directed by Hayato Date.

The Last: Naruto the Movie

When I say canon, it means that these two are the only movies written by Masashi Kishimoto the creator of Naruto.

The other movies not being written by Kishimoto are considered filler and thus they do not come anywhere in the original Naruto Storyline.

The Last: Naruto the Movie

This movie is a continuation of the Naruto storyline. Kishimoto after ending his Manga series with the 700th chapter wrote this Novel.

This movie needs to be watched after Naruto Shippuden episode 493. It is important to watch this Movie before watching episodes 494-500, as the events in those episodes are directly linked to this movie and you will not understand anything if you skip this movie.

This is also written by Kishimoto and is a continuation of Naruto’s story.

Watch this movie after finishing all the episodes and movies (if you’re planning to watch it) of Naruto part 1 and Naruto Shippuden.

If you are planning to watch the Anime “Boruto: Naruto Next Generations” then you can skip this movie as the Anime covers the events of this movie from episodes 53-65. But if you want to watch both Anime and the Movie then you’re free to do so.