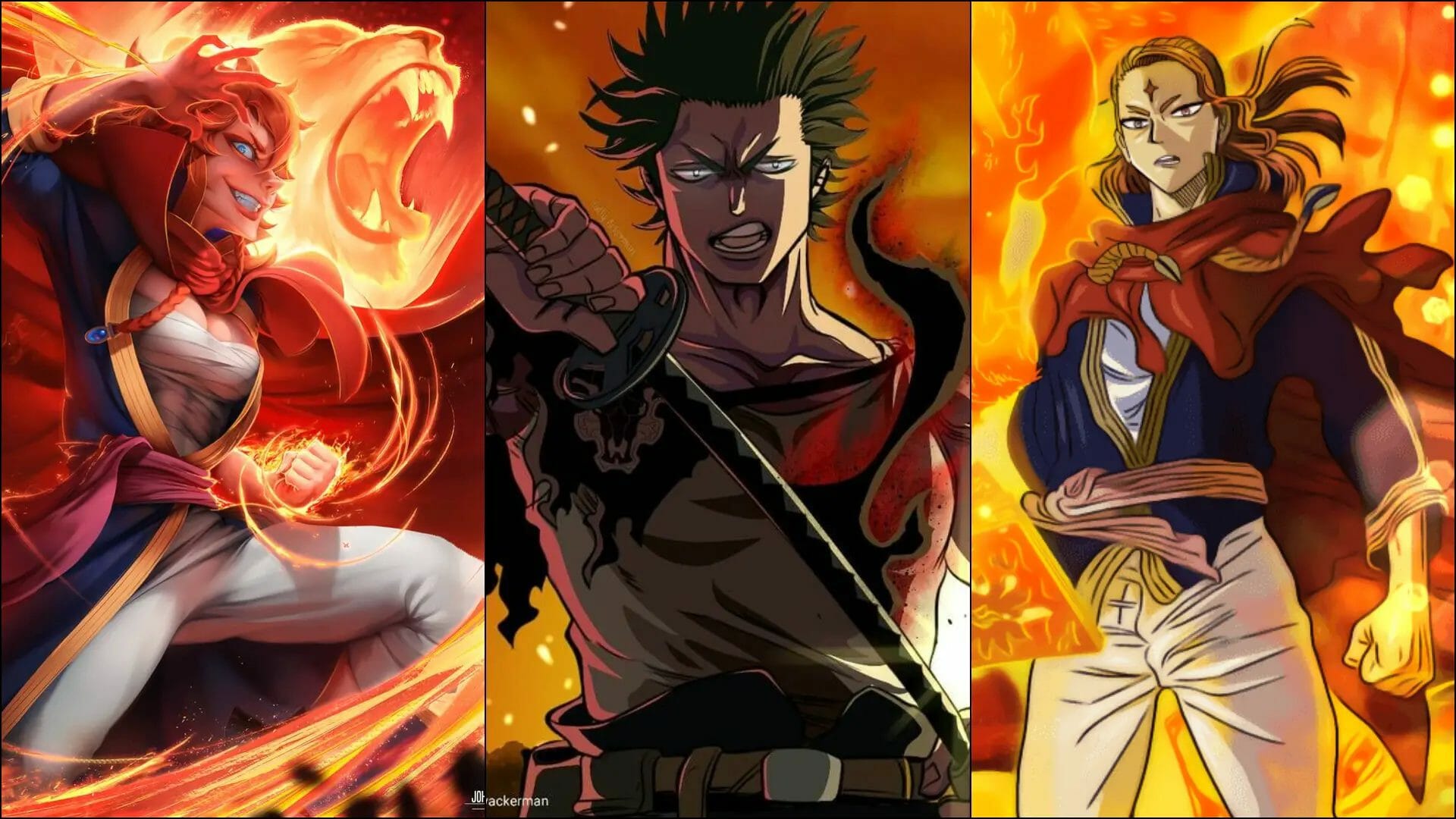 Black Clover is one of the most popular ongoing shounen anime and manga and as Black Clover is entering its final arc, we will be looking at the strongest people responsible for protecting the Clover Kingdom. This article will be about the Top 10 Strongest Magic Knight Captains in Black Clover, ranked after the Spade Kingdom arc.

These supernatural beings are one of the most respected people in the entire Clover Kingdom and are also responsible for their safety. Some Captains want to achieve the title of the Wizard King while others are just strong people who want to fight and protect the Kingdom.

There are 9 Mahō Kishi (Magic Knight) Squads in the Clover Kingdom and each one has a Magic Knight Captain who has the highest authority.

The Captain of the Purple Orca, came in as a replacement to the former captain Gueldre who turned out to be working with the Eye of the Midnight Sun. Kaiser is the user of “Vortex Magic” which can dispel even spirit-level magic as pointed out by Fuegoleon when he was fighting Kaiser who was taken over by the Elves.

But other than his fight with Fuegoleon, Kaiser hasn’t accomplished anything compared to the other captains on this list. And he simply is not on the same level as them. 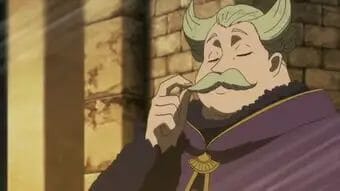 The youngest captain in the history of Magic Knights Captains, Rill is the captain of the “Aqua Deer” and the user of “Painting Magic”.

Rill was busy painting most of the time in his room in the past but now he is over it. Showing great destructive power through his sorcery which can bring his paintings to life and use elemental attacks as well. He can create dragon-like creatures and many others.

He can even use his magic to boost the strength of his comrades which he does against Magicula and Lucifero. But he was defeated by an angry Charmy even in his Elf form so that does not speak too much for his power compared to the other captains on this list so he comes 9th in the Top 10 Strongest Magic Knight In Black Clover.

From the House of Roselei, Charlotte is cursed but is saved by Yami somewhat. Charlotte can not only use Briar Magic but she can also use “True Briar “one now, which uses natural mana. She has even modified her curse into an anti-curse incantation. 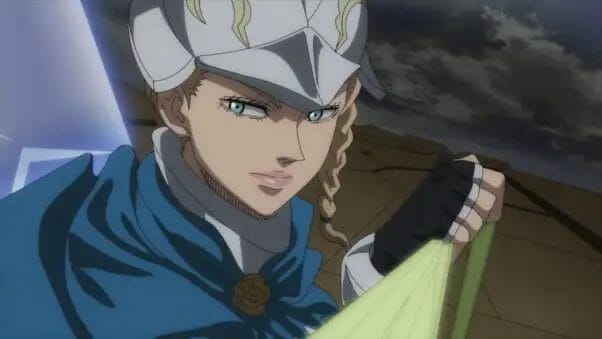 Captain of the Silver Eagle and the eldest son of the legendary Magic Knight Acier Silva. Nozel is one of the strongest magic knights captains in black clover and who prideful man who uses “Mercury Magic”. Nozel is the rival of Fuegoleon and is aiming to become the next Wizard King.

Nozel’s mercury witchcraft is really useful as he can use it not only for offense but for defense as well, he was able to reflect back Patri’s Light sorcery easily, he even overwhelmed Megicula in that fight and Noelle was able to land the finishing blow. 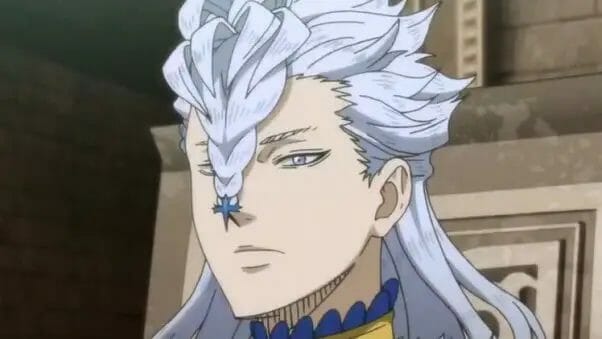 The man who was closest to becoming the Wizard King after Julius and the captain of the “Golden Dawn”. Vangeance is an arcane stage magic user who uses the “World Tree Magic” and is the most popular captain in the whole kingdom.

People might be surprised why a guy like Vangeance is so low on the list, the simple reason for this is basically we haven’t seen anything from him to be ranked higher.

His squad was called the stronger but we simply haven’t seen anything to rank him higher besides him losing to Zenon while protecting his squad members. He is shown to be a support mage from what we have seen so far. 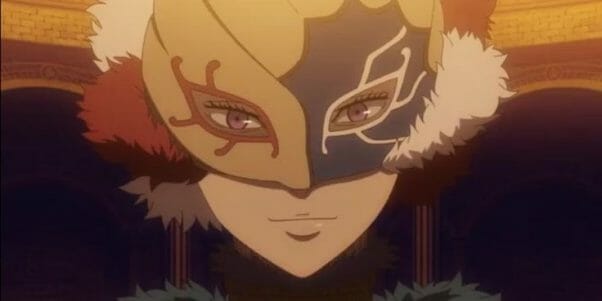 The man who most people think might become the next Wizard King because of his ideals and personality. Fuegoleon is the captain of the “Crimson Lion” and a member of the strongest siblings in the Clover Kingdom. He uses “fire magic” and is contracted to the fire spirit “Salamander”.

After gaining Slamander his power level skyrocketed. He was destroying the disciples of the Dark Triad with ease but was destroyed by Lucifero himself when the captains fought him together.

But Fuegoleon has a lot of potential and can become way stronger, we know this because he can use “Saint Stage” just like Yuno and Noelle but he hasn’t used it yet but knowing his character we know he’ll soon be a saint stage user himself. 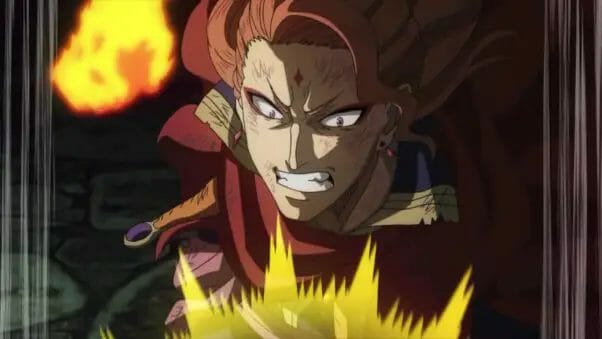 Dorothy is a witch and the captain of the “Coral Peacock” her “Dream Magic” is dangerous since she can trap anyone inside her dimension and can create anything in it. She can even read people’s minds.

Her magic hax wise is the strongest among the captains she is just limited by her self and if she gets stronger nobody knows how terrifying her wizardry can become. 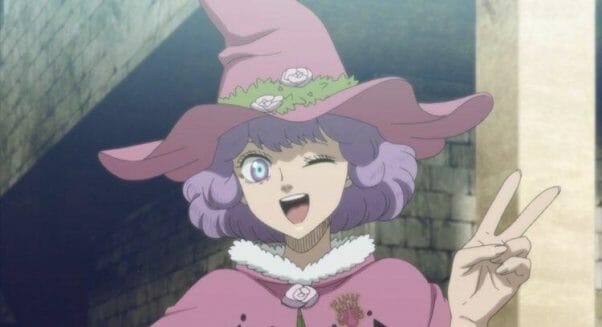 The only commoner among the captains, Jack is the captain of the “Green Mantis” and uses “Slash Magic” thus coming at 3rd in the Top 10 Strongest Magic Knight In Black Clover.

With that, he can slash through anything, the blades he produces to slash can adapt to any material and magic even non-physical magic like spatial and gravity magic.

He is the rival of Yami Sukehiro and every time Yami sees Jack fighting he praises Jack’s skills, calling him the “tall perverted genius”. Jack’s sensory abilities were shown to be on par with Yami’s ki detection.

Even against Dnate he pushed him to his limit and against Lucifero he was the only one along with Mereleona who were able to get back up and attack him. Even though he is a commoner has way less mana than the other captains he still made a name for himself.

His magic is one of the best in the series and we still don’t know why was it never called arcane stage magic. In the anime, he even slashed Fuegoleon and Slamander’s huge fire attack with ease even after getting his mana absorbed. 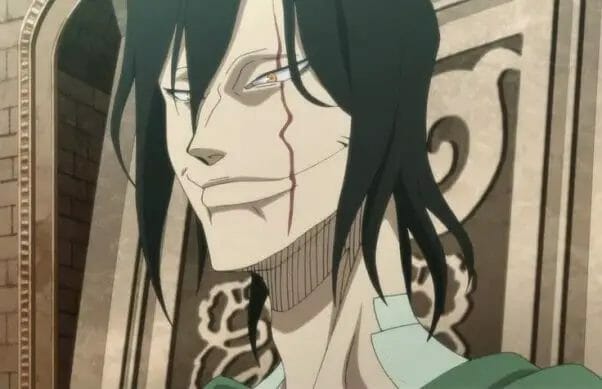 The captain of the “Black Bulls” and the user of the “Dark Magic” which is arcane magic. Yami is the most accomplished captain in the series from what we have seen so far, his feats are extraordinary, whether it was killing Vetto in one hit when his whole squad was struggling against him or keeping up with Patri’s light magic.

His ki skill allows him to sense his enemy’s attacks. He uses dark magic by imbuing his sword in dark magic along with his ki skill which makes him one of the top combatants in the Clover Kingdom.

He can create black holes and even cut through dimensions with his magic. He was able to defeat Dante with the help of Asta and then landed hits on Lucifero too who was defeated by the combined efforts of himself Asta, Yuno, and Nacht. In the anime, he even cut slashed through Dorothy’s dimension. 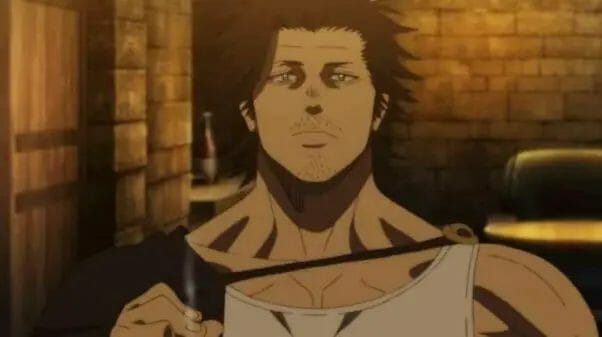 Former captain of the Crimson Lion and the older sister of Fuegoleon and Leopold.

She has defeated some of the strongest foes in the series whether they were elves or demons. She was the only captain to get back up from Lucifero’s attacks and kept going after him. After the Lucifero fight, she was even considered to become the next Wizard King but she refused.