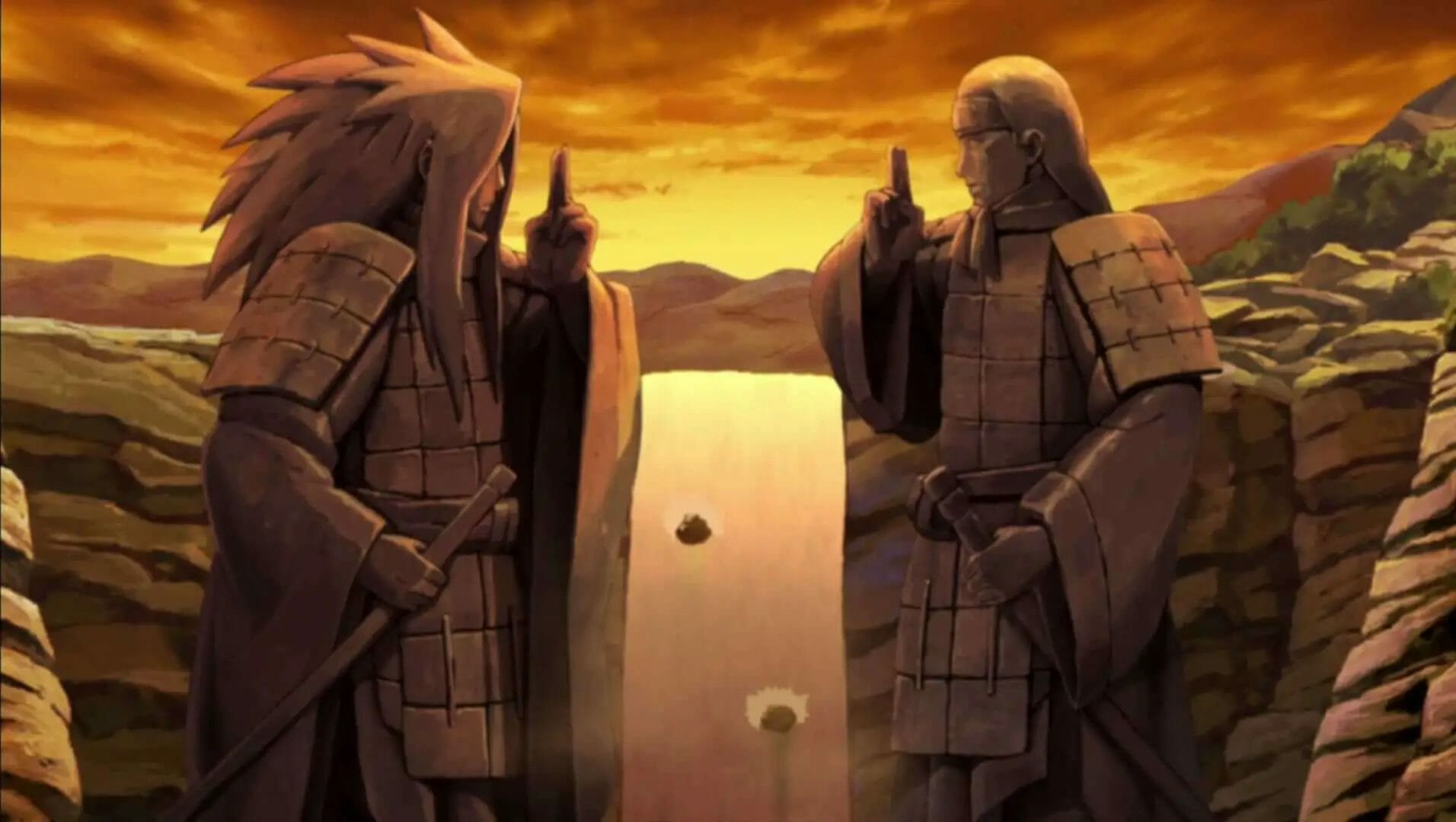 Wondering What Episode Does Naruto and Sasuke Fight?

Here’s an answer & a complete explanation!

Naruto and Sasuke are two of the most popular characters in Naruto.

What episode do Naruto and Sasuke fight in? What does Naruto vs Sasuke fight look like? What is their relationship in this episode?

To answer these questions, we will review one of their most famous fights from Naruto Shippuden.

I assume you are here to find about the ultimate battle between Naruto and Sasuke, which is referred to as “The Final Battle“.

What Episode Does Naruto and Sasuke Fight? 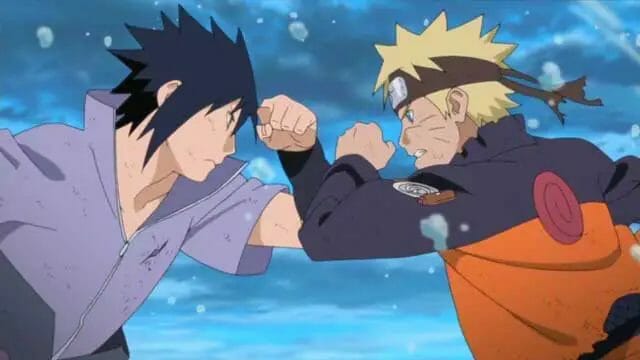 The Final Battle between Naruto and Sasuke takes place in episodes 476-478 of Naruto Shippuden.

What is The Final Battle in Naruto?

Naruto vs Sasuke is the final battle in Naruto. Naruto and Sasuke head to the Valley of End where Naruto fights Sasuke.

Naruto wants to stop Sasuke from making the wrong choice of killing the five Kage and dominating the world. Naruto uses his great powers of Kurama (The Nine Tails) for this battle and Sasuke uses his perfect Susanoo that he awakened after taking Itachi’s eyes.

Both of them also use Sage of Six Paths powers that they received from Hagoromo Otsutsuki. They both look equally matched. However, Naruto wasn’t intending to kill him and he wasn’t going all out whereas, Sasuke was fighting with killer intent.

Where Did Naruto vs Sasuke Battle Took Place?

It took place in “The Final Valley“. 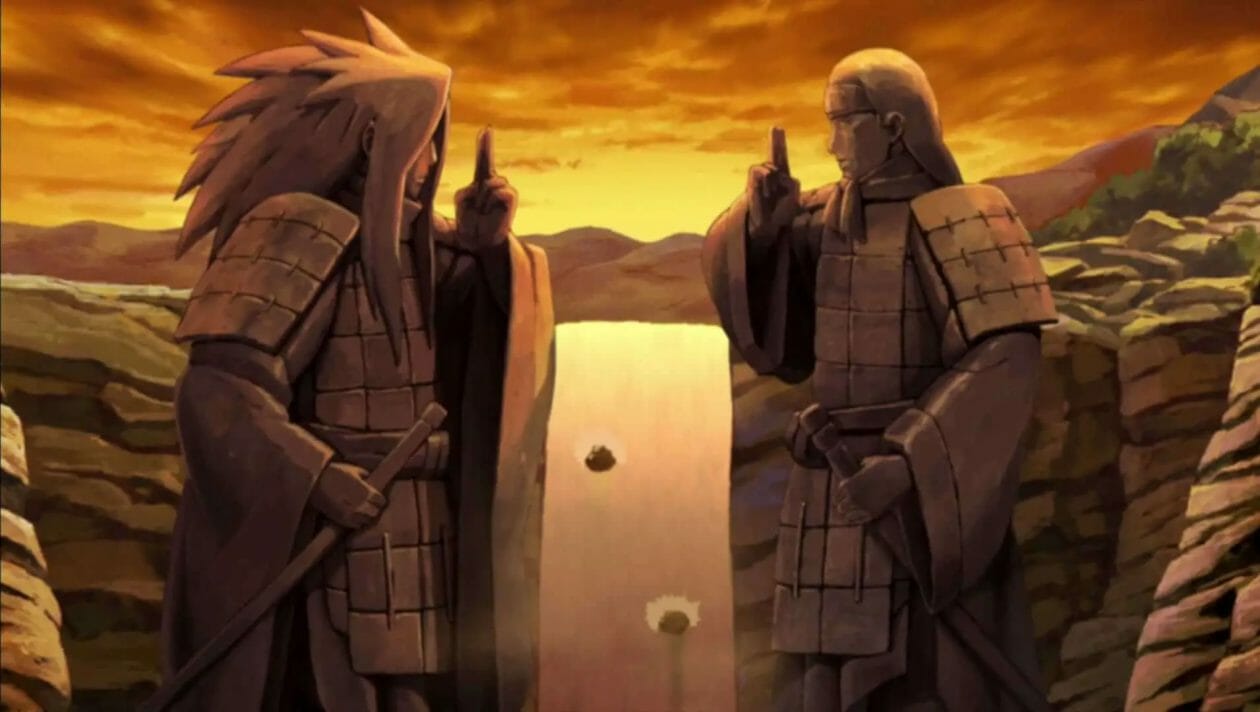 It was the location of their battle where Naruto fought against his best friend in part 1. Sasuke appeared before Naruto as an enemy ninja (although he was his friend before) wanting revenge on the ninja world because of the cycle of hatred that the ninja world had and he wanted to kill all the five Kage, seal all the tailed beasts and become the sole powerhouse in the world where everything will go according to Sasuke’s ideology.

Why Did The Final Battle Take Place?

What happens in The Final Battle of Naruto Shippuden?

Naruto vs Sasuke’s Final Fight is a long battle which you will love to watch as they perform to their peak and use their full powers.

The Final Battle of Naruto Shippuden is the epic conclusion to all that came before it.

When the battle starts,  Naruto tells Sasuke that he will have to kill him, and warns him not to expect any other outcome after how far they’ve come.

Sasuke replies that Naruto’s words are just a repeat of what Itachi said before getting killed by his brother, then proclaiming it as the only way things can be between them.

The difference is that now, Naruto has finally learned its truth firsthand by facing Sasuke himself – which means everything is going forward from here on out.

Then starts this glorious battle in which Truth and Love ought to win against the evil and despair of darkness.

Naruto goes into Tailed Beast transformation and Sasuke goes into perfect Susanoo transformation. It is an absolute feast for the eyes watching both of them fighting each other and it only gets better.

Near the end, Sasuke tries to kill Naruto and end the fight by using his strongest attack in his arsenal, Indra’s arrow, and Naruto tries to equal it with his Tailed Beast Rasen Shuriken. Both the attacks collide and create a massive explosion.

Finally, they go for their final attack. Sasuke intends to end Naruto’s life with his final attack which is  Kagatsuchi as his one last blow and Naruto goes with his Rasengan.

Both of them clash again with their Ninjutsu creating another massive explosion and the battle comes to an end.

Similar Post: All Hokage Ranked From Weakest To Strongest

What happens After This Battle? 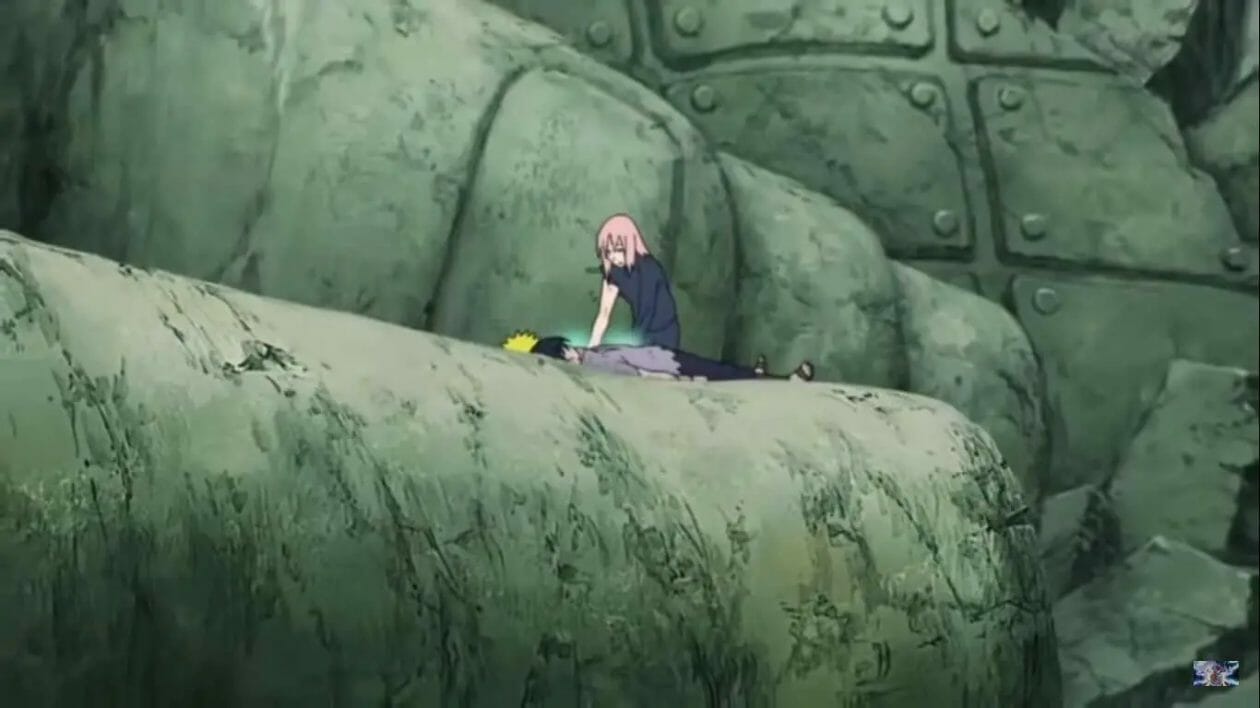 After Naruto vs Sasuke’s final fight, both appear almost dead but are still alive after Sakura heals them both at one point. They both lose one of their arms during the final attack of the battle. When being healed, Sasuke admits his defeat against Naruto and acknowledges Naruto’s motives and their bond of friendship.

Both Naruto and Sasuke are both resting in the hospital for rest during rehabilitation. Naruto gets a hand made by Tsunade using the Hashirama cells whereas, Sasuke decides to remain armless for his reasons.

Are Naruto and Sasuke friends again? 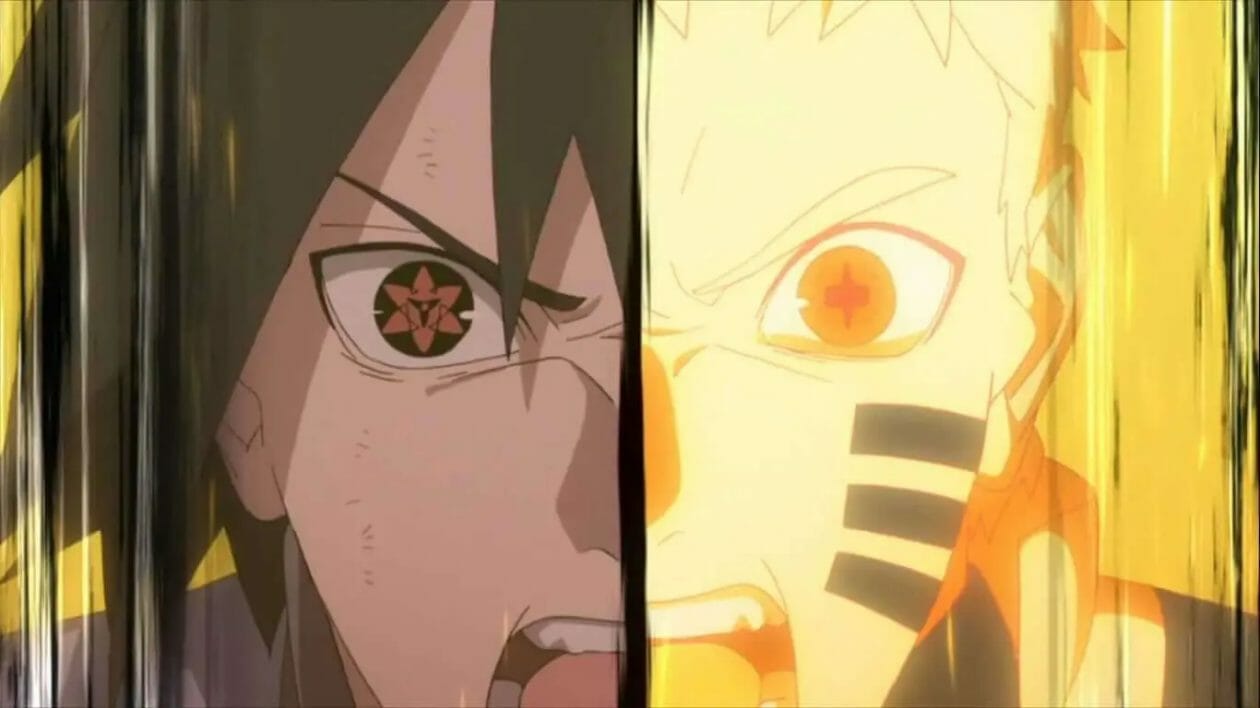 Yes, after the last battle, Sasuke acknowledged Naruto as his friend. He started to value Naruto’s bond of friendship and walked on the right path to repent for his sins.

This friendship is evident in Boruto – Naruto’s Next Generations Anime, which is a continuation of Naruto Shippuden.

What Episode Does Naruto Fight Sasuke for the First Time? 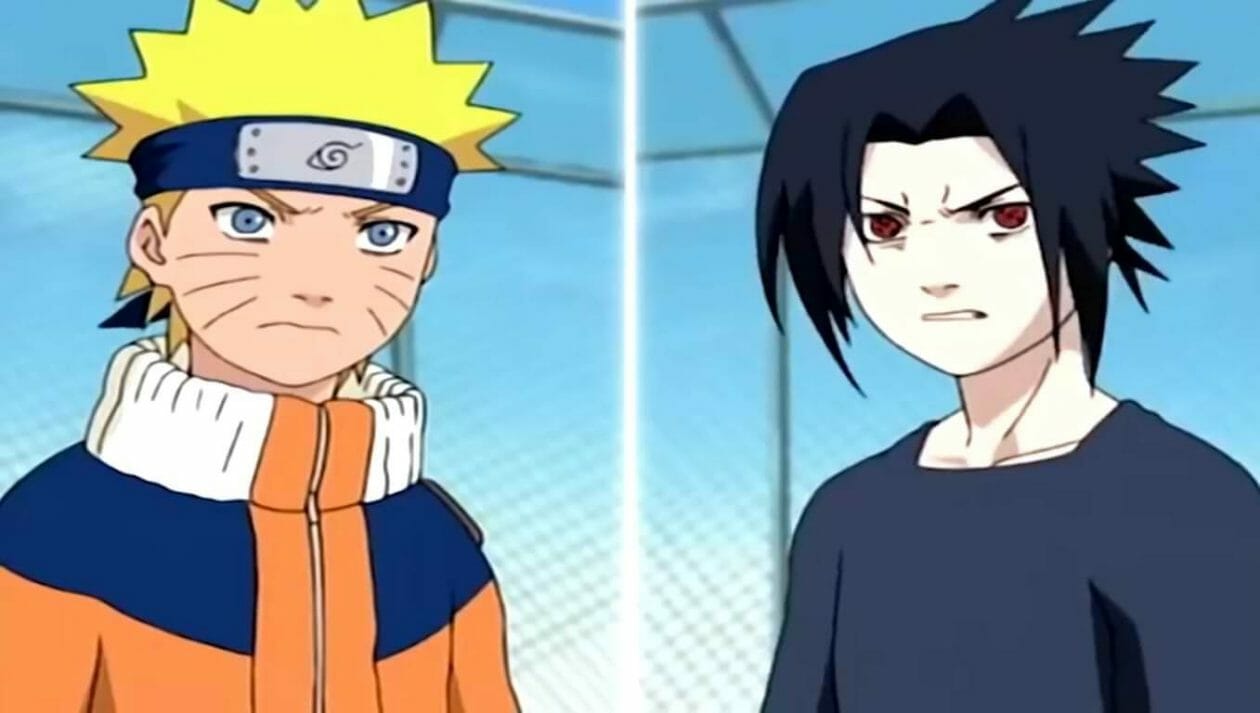 The first fight between Naruto and Sasuke occurs in Naruto Part 1, Season 5 Episode 107, “The Battle Begins”.

Both members of Team 7 face each other with their best jutsus of that time, Sasuke having Chidori and Naruto having Rasengan.

What Episode Does Naruto Fight Sasuke for the Second Time?

The second big fight happens between Naruto episodes 128–134. They’re both at The Final Valley, where Naruto tries to convince Sasuke to refrain from walking on the dark path.

What Episode Does Naruto Fight Sasuke for the Last Time?

The Last fight between Naruto and Sasuke is the one at Final Valley.

Naruto and Sasuke fight each other for the last time in episodes 476-478 of Naruto Shippuden. This battle decides their fate!

What Episode Do Naruto and Sasuke Fight in the Final Valley?

Naruto and Sasuke fight in the Final Valley Twice.

The First Fight takes place between them in Naruto Part 1, Episode 128-134.

The last time at Final Valley is when they fight each other in episodes 476 – 478 of Naruto Shippuden Series.

What Episode Does Naruto and Sasuke Lose Their Arms? 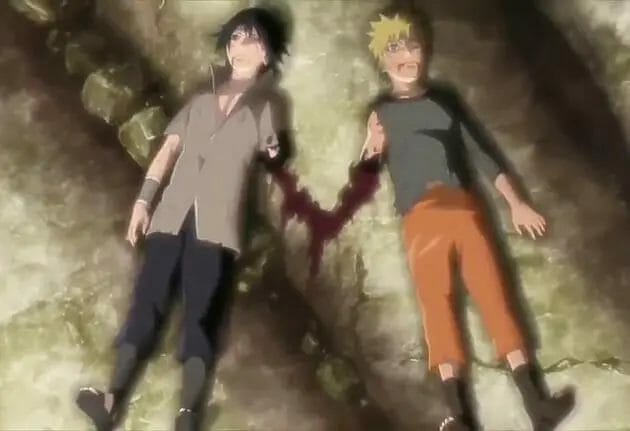 Naruto and Sasuke lose their arm in episode 478 of Naruto Shippuden. This happens in their Final Fight.

What Episode in Naruto Shippuden Do Naruto and Sasuke Fight?

The first time they fight is when there is a confrontation between Team Kakashi and Sasuke, in Naruto Shippuden episodes 51–52.

After that, in episodes 215–216 of Naruto Shippuden, there is a fight, which motivates Sasuke to have Itachi’s eyes implanted in him.

Finally, the final battle in the main series is from Naruto Shippuden episode 476 to episode 478.

It’s not until the end of Naruto Shippuden that we finally see who wins this epic battle. It all comes down to one final confrontation between Sasuke and Naruto, with both fighters pushing each other to their limits! The fight does not have a concrete result, but it’s clear that they give everything they have. With no winner or loser – just two friends who overcame every obstacle life put in front of them together.

This fight sums up everything.