I’ve seen many people stop watching a show because it’s way too boring in the beginning. They say that they’re tired of watching it because it’s not getting better, so they quit. That is very bad advice. Give it time! The first few episodes are always the most boring, but after that things start to pick up and get really enjoyable.

The problem with this type of thinking is that it assigns the whole thing as being without value upfront, before giving anything a chance to happen or develop. Remember that sometimes these shows don’t have big action scenes right off the bat just for attention-spans sake, but have them later on when they actually need them.

You should always give a chance to a worthy show because sometimes it takes time for the good stuff to happen. And just think about how much more exciting future episodes will be if you give them a chance, and how much will you miss out on, If you drop it in the first few episodes!

Navigate Through Headings Click here
1) When Does Naruto Get Good?
2) Why Does Naruto Get Bad Reviews From Critics?
3) Should You Watch Naruto if You’re Not a Fan of Anime or Manga?
4) Some Qualities of This Show Which Makes It Stand Out:
5) What is Naruto Anime About?
6) Conclusion

When Does Naruto Get Good? 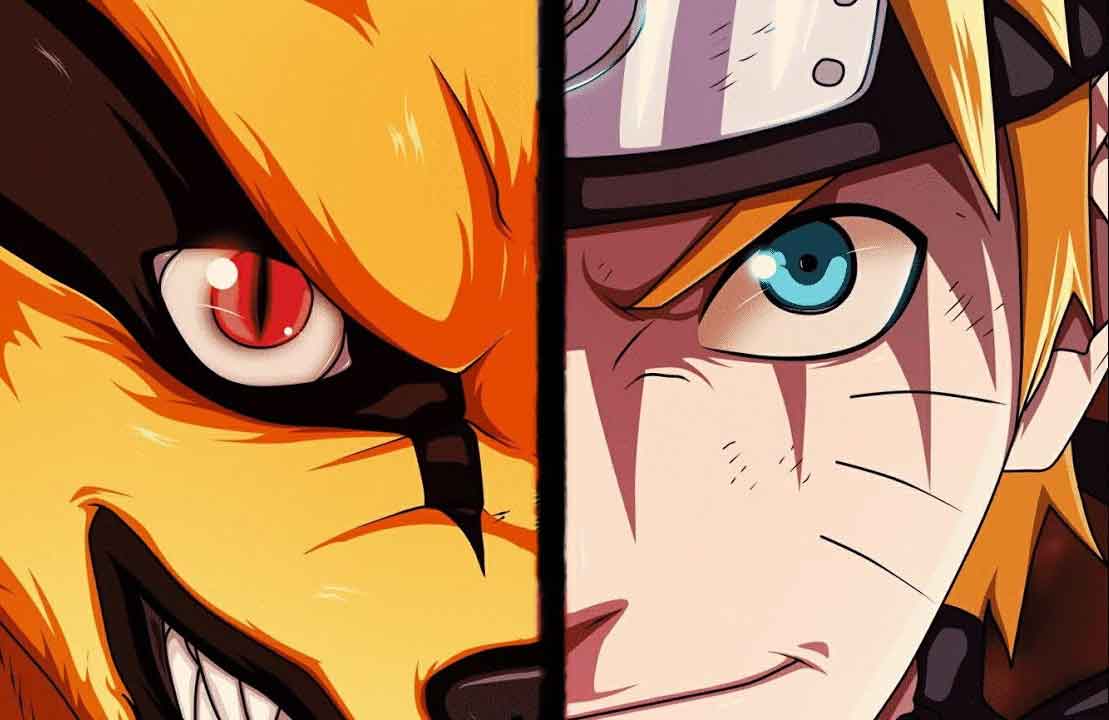 Naruto Anime Series (Part One) is actually pretty interesting from the very start. However, some people find it boring, because they are simply expecting too much even in the beginning.

Still, every show needs some time to form an attachment with its audience that is only possible if the show is given considerable time to watch and not dropped without a second thought.

For some, it takes quite some time for this show to get interesting and the beginning is not at all impressive or entertaining.

However, once you reach episode 30 something things start getting interesting in Naruto’s world and you do want more after watching the episode. Once that happens, you are totally hooked on this show and there is no stopping until you complete Naruto Shippuden (Part Two).

One of the main reasons why people find it difficult to get used to the Naruto Anime Series (Part One) is because they come with preconceived notions about what kind of an anime show they should be watching. Moreover, a lot of people who are new to anime take a really long time to get used to the unique lore of Naruto and find it very obscure.

After getting into a few episodes they drop it because they can’t follow and adapt to the variety of things that are being introduced at the same time. As a result, many people get disappointed by the show’s content and find it boring because of their own expectations about what kind of story will unfold in front of them.

The main rule to watching any anime is to be open to anything you might see and most importantly if there is a very long anime that be sure to give it time as the plot is very huge and it takes time to really take off.

If you’re one of those people who didn’t like it in the beginning, don’t lose hope or drop it just yet, because, believe me, there’s so much you’ve to experience ahead!

Naruto starts from the Prologue — Land of Waves Arc, which itself is very emotional and thought-provoking.

You might start to like it after a couple of episodes as it covers a total of the first 19 episodes and 33 chapters in the manga. 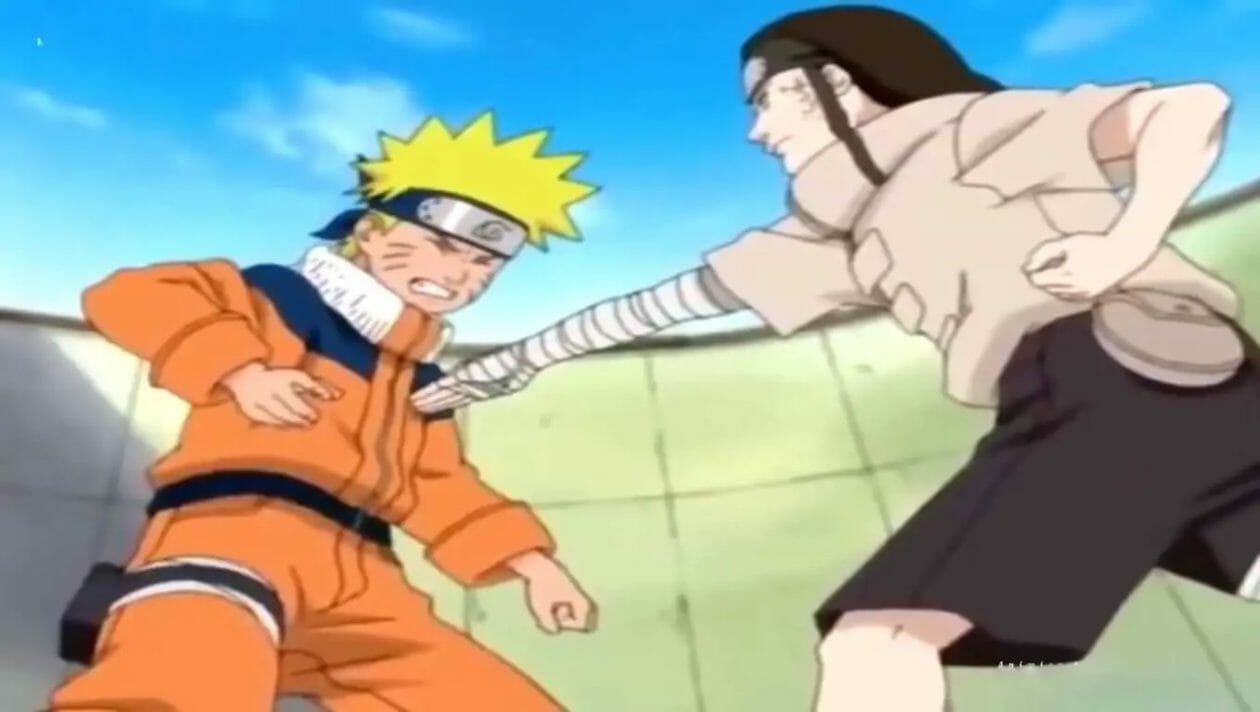 The second to come is Chunin Exams Arc which is also pretty interesting and full of hype. This arc starts giving you chills when you’re introduced to new characters and you get immersed in it. 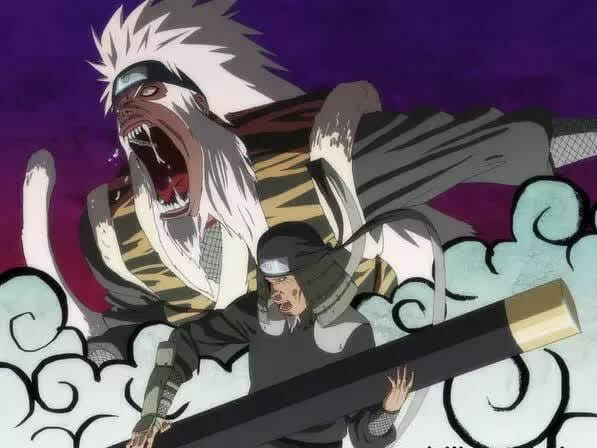 It is followed by a 3rd one, the Konoha Crush Arc, which is a game-changer. You get to see all great shinobi in action and it’s really a good experience.

These arcs are followed by more of them which become enticing and fascinating as you proceed.

You can skip most of the filler arcs as they do not contribute to the main storyline and are not always necessary to go through thoroughly.

These arcs include “Land of Rice Fields Investigation Mission arc (EP 136-141), Laughing Shino (EP 186)” etc which can be skipped.

There are some other filler arcs that are worth your time and you should probably watch those, for instance, Gotta See! Gotta Know! Kakashi-Sensei’s True Face! (EP 101) and Kurosuki Family Removal Mission arc (EP 152-157) are two great examples.

Overall, we recommend you to watch all of it as it is totally worth your time, and you will not be disappointed with the end result.

Why Does Naruto Get Bad Reviews From Critics?

This anime has received many critiques, one of which is that it is too violent for its intended audience.

Critics also say that the themes that are used in Naruto can be considered unsuitable for children because it is mainly based on warfare and darkness.

There was a time when Naruto used to air on kids’ channel, but after the Akatsuki suppression arc where we are introduced to Kakuzu and Hidan who are really violent and evil characters who have pretty graphic ways of killing and using their abilities a lot of people complained that this show is too violent for kids and shall be either censored or removed from kids channels.

They also claim that there are too many fillers, which disrupts the flow of the series.

Others say that it is not suitable for younger audiences because they might find Naruto’s behavior as an annoying character and Naruto’s way of living giving trouble to everyone might give a bad influence on the younger audience and its theme’s uninteresting.

Some people even think that Naruto doesn’t have any interesting characters, to begin with. They only see them as one-dimensional, which is a pretty big flaw.

On the other hand, some critics also agree that the anime had some great story arcs and interesting characters as well.

They say that Naruto has an impressive plot twist with its relationship between Sasuke Uchiha and Itachi Uchiha because it showed how they both had conflicting views on morality despite being brothers.

The anime perfectly shows the despair stemming from the world’s cruelty and strength of bonds in the face of evil.

Naruto is most likely to stay popular for a long time!

Should You Watch Naruto if You’re Not a Fan of Anime or Manga?

Most people who are not fans of anime or manga often ask “Should I watch Naruto?“.

First off, you should research this show a little and have a look at some of the trailers. The trailers can help you decide whether or not you want to watch it because they will show you what the animation looks like.

If you are interested in watching anime but are unsure about Naruto, I would still strongly recommend giving it a try. It’s a show which will open a whole new world of understanding and multiple perspectives, the truth of society and social evils and last but not least, the power of unshakable will and bonds of friendship & love.

What’s even better in this for new anime enthusiasts is that you can watch every episode in English as the whole series of Naruto (Part One) & Naruto Shippuden (Part Two) has completely been dubbed. This is definitely preferable for new fans because the English dub allows you to focus more on their activities and action without any struggle & without having to worry about reading their dialogue.

Some Qualities of This Show Which Makes It Stand Out:

Naruto has a huge amount of well-developed characters. We’re talking about deep psychologies, rich individual backgrounds and different philosophies colliding here, not shallow one-dimensional types that you see in a lot of shōnen anime.

Naruto gives a lot of life lessons that can help a person in various aspects of life. I personally have gained a lot of wisdom watching Naruto. Every character has a vivid backstory and can teach you something if you have the patience to perceive it.

Every character, although really strong, is still human on the inside with human emotions. Seeing the problems that they face in this cruel world and how they deal with and overcome those hurdles teaches us very important things.

Naruto as a series also teaches you about the value of hard work, having rivals in life, focusing on your goals, and most importantly self-sacrifice for the betterment of the greater world.

Naruto has the best collection of villains I could think of in any series, including everything from regular people with their own motivations to monsters from our nightmares.

It also has a very interesting protagonist to whom most of us can relate, who doesn’t always make the right decisions and is basically an underdog, which makes it more realistic.

Here’s a short introduction for people new to Naruto!

What is Naruto Anime About? 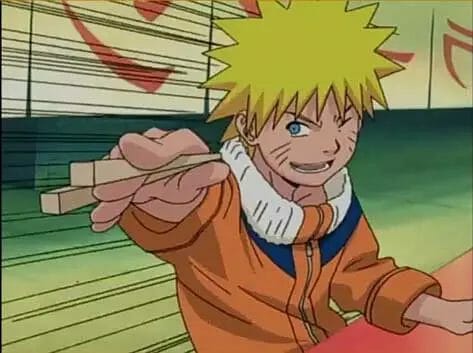 Naruto is a Japanese manga series written and illustrated by Masashi Kishimoto with an anime adaptation. The story revolves around Naruto Uzumaki, an adolescent ninja who constantly searches for recognition and dreams of becoming the Hokage – the leader of his village.

In conclusion, Naruto is a show with great humor and heartbreaking emotions. It can be sad and exciting at the same time and it’s just awesome because we get to meet so many awesome characters we eventually come to love. In our opinion, Naruto is one of the greatest things in fiction and everyone reading this shall experience it at least once in their lives.