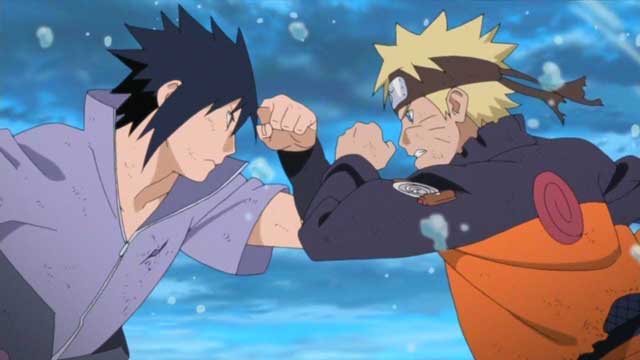 This is one of the most asked Questions by Naruto Fans!

You’re just going to find out!

We’ll compare all Forms of Naruto and Sasuke.

In other words, It’s Naruto vs Sasuke at every level.

This includes Naruto part 1, Shippuden, and Boruto. Naruto vs Sasuke has always been one of the most debated topics in Anime history. No matter what this article may state there will always be someone who will eventually disagree, which is alright as debates are basically opinions. So, let’s get started.

Who is Stronger Naruto or Sasuke

Start of The Series

At the very beginning of the series, it is very clearly stated that Sasuke was stronger than Naruto. We also saw that Sasuke was pretty good at Ninjutsu, Taijutsu, and chakra control. Naruto at this point only knew shadow clones whereas, Sasuke is very skilled and at the top of his class.

The only way Naruto defeats Sasuke is if he uses 1000 shadow clones (which he doesn’t every time) or gets the Nine tails to cloak from Kurama. Base Sasuke is stronger than Base Naruto. 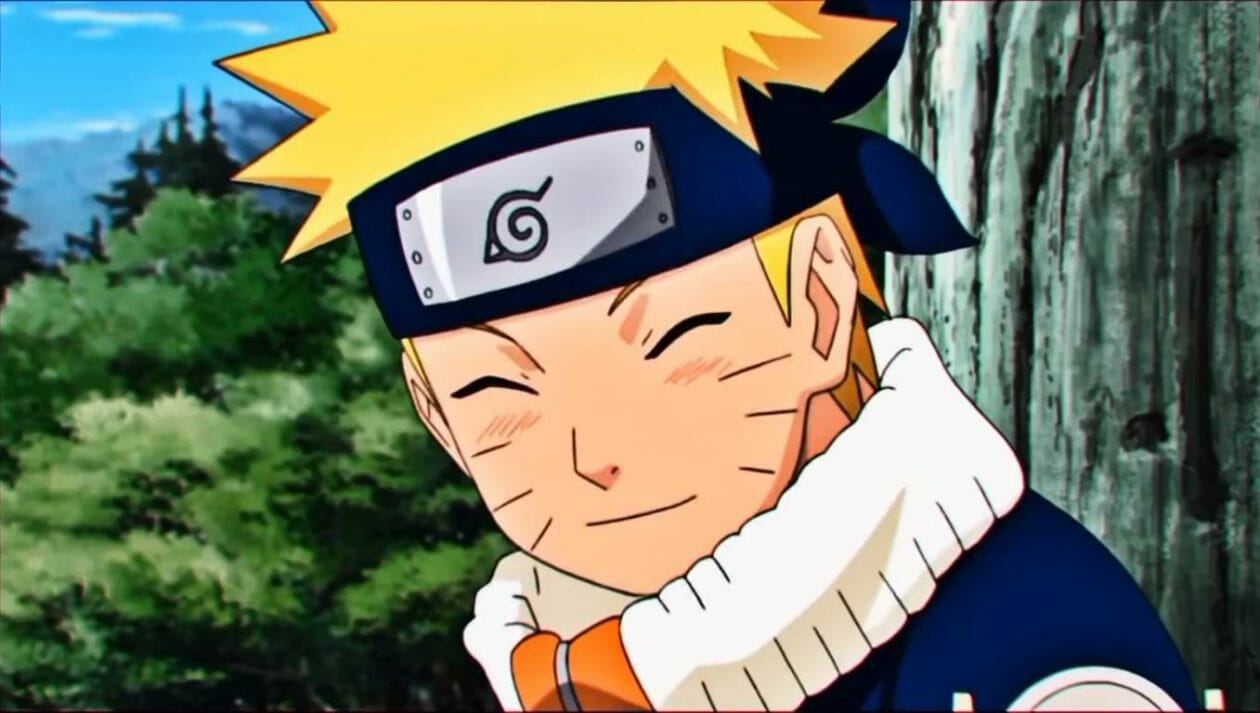 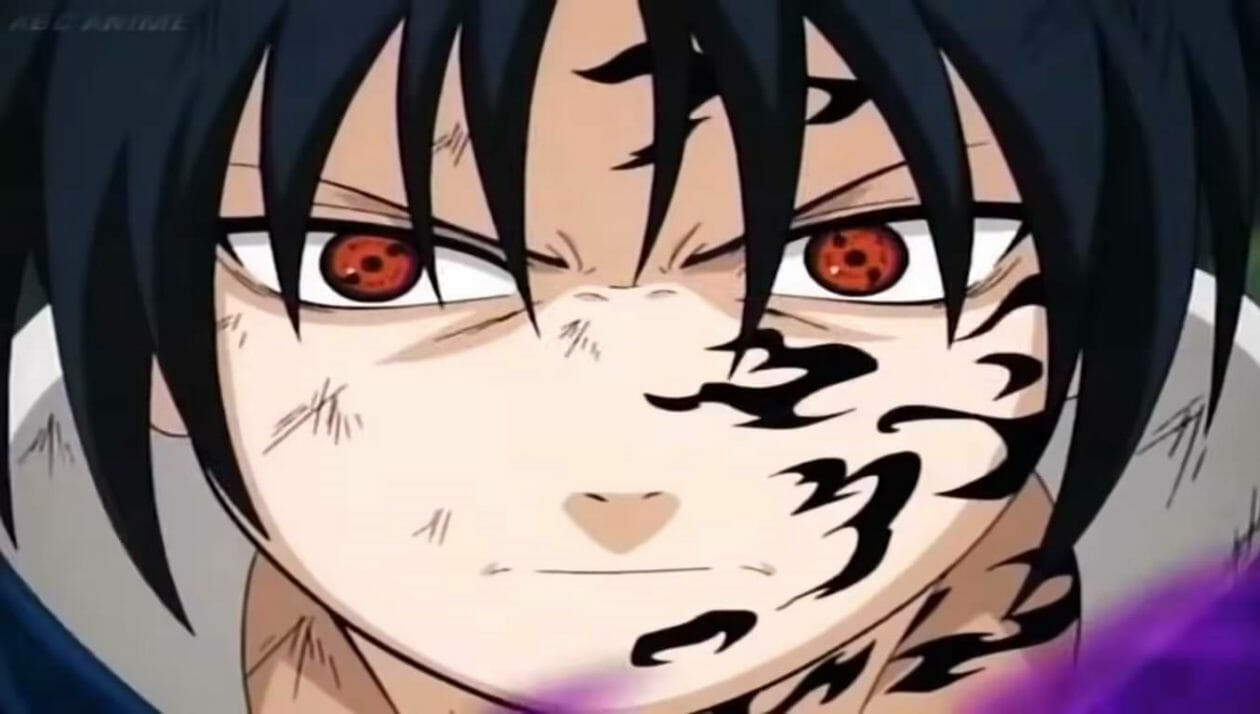 This is during the 2nd round of the chunin exams when Sasuke mastered Chidori and Naruto learned summoning Jutsu.

This again is pretty one-sided as Sasuke got a huge power up after training with Kakashi. Sasuke mastered change in chakra nature, increased his speed, and also perfected his Taijutsu. Sasuke was fast enough to hit Gaara which means his speed reached Rock Lee’s level. Sasuke’s speed with the Sharingan and Chidori is a one-shot combo. In base, Sasuke is stronger than Naruto.

But if Naruto summons Gamabunta then there is nothing Sasuke can do against him. 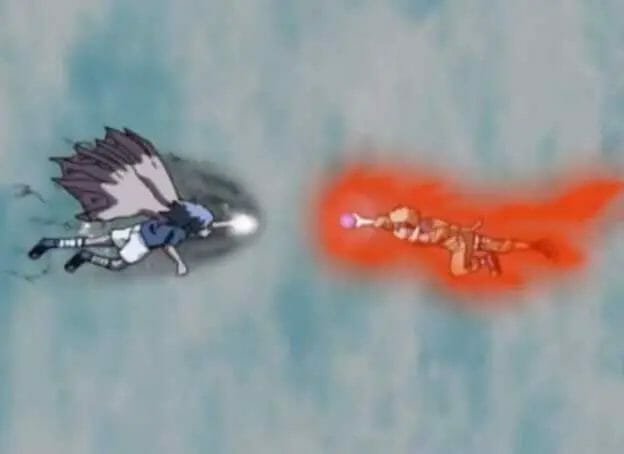 Sasuke after coming out from the Curse Mark barrel had a massive upgrade as in his base, he was hitting Naruto without much difficulty. Sasuke without using his Sharingan he was winning the fight. Curse Mark Sasuke is stronger than Base Naruto.

The real battle would be one tail cloak Naruto vs Curse Mark 2 Sasuke. CM2 Sasuke is slightly stronger than Cloak Naruto as the Curse Mark has merged to Sasuke’s chakra and he has a bigger buff than Naruto. The Chidori and Rasengan clash proved it as their attacks canceled each other and Naruto was left unconscious whereas Sasuke was still standing.

From now on, we’ll make use of some short terms, so memorize these for convenience.

Let’s move on to comparison! 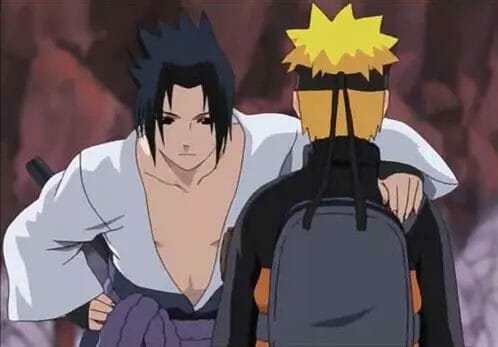 Sasuke in base abnormally got a power-up, thanks to Orochimaru’s training. Sasuke is faster, stronger, durable, and has high healing power. Sasuke can also use Kirin and also has access to Curse Mark forms. Base Sasuke is stronger than Naruto.

Sasuke Curse Mark Form can defeat Naruto without any difficulty. Naruto can do absolutely nothing about this form of Sasuke, which was quite clearly shown at the start of the series.

This can go either way. They both are known to be equal at this stage. It totally depends on their physical condition and their performance on a particular day.

For example, Sasuke after fighting the five Kage and killing Danzo was extremely drained and exhausted. At this point if Naruto and Sasuke would’ve fought and if Naruto had gone into Sage Mode, then he would have defeated Sasuke.

But Sasuke when he faced the five Kage was fresh and ready to fight. At that point, he would probably draw or maybe defeat Naruto. So, let’s consider them equal.

KCM 1 Naruto takes this fight medium difficulty. Sasuke hasn’t got much against him.

Naruto is faster than the Raikage, which means he is fast enough to dodge Amaterasu, Anton-Kagatsuchi, Chidori very easily.

The only thing Sasuke has is Genjutsu. And Naruto is not stupid enough to get trapped in it. 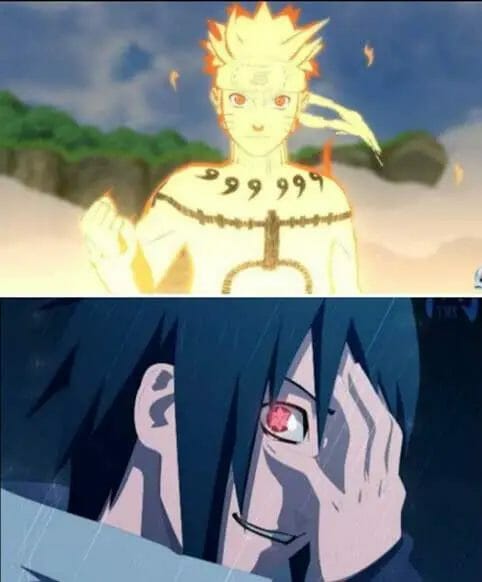 Sasuke in EMS is above Kage level. Every single drawback he had with MS is simply nullified.

He can spam as much Amaterasu as he wants and use Susanoo countless times without being exhausted or blinding himself.

He’s faster, more eloquent, durable, basically, every ability of his is highly enhanced.

Although Sasuke’s Susanoo is not as big as Madara in EMS. It is still known as a proper Susanoo. Naruto can’t do much against his Susanoo especially if he combines Inferno style. EMS Sasuke is stronger.

Here clearly Naruto has surpassed him. Naruto basically has an Infinite chakra, which is faster than KCM1, the durability of Naruto has highly increased as well. In other words, all of his previous abilities are highly enhanced.

Naruto has infinite chakra and was casually giving chakra to the shinobi alliance and still taking on the ten tails.

Naruto can go into Sage Mode while in Tailed beast state. This gives him another huge power up and enhances his arsenal with Nature’s energy and sensory abilities.

Naruto is durable enough to tank a tailed beast bomb, and also Kirin. Kurama also has the ability to heal him quickly.

Sasuke cannot use Genjutsu on him also now that he’s befriended Kurama.

Sasuke himself was shocked by Naruto’s sudden power up and he himself accepted that Naruto is stronger. 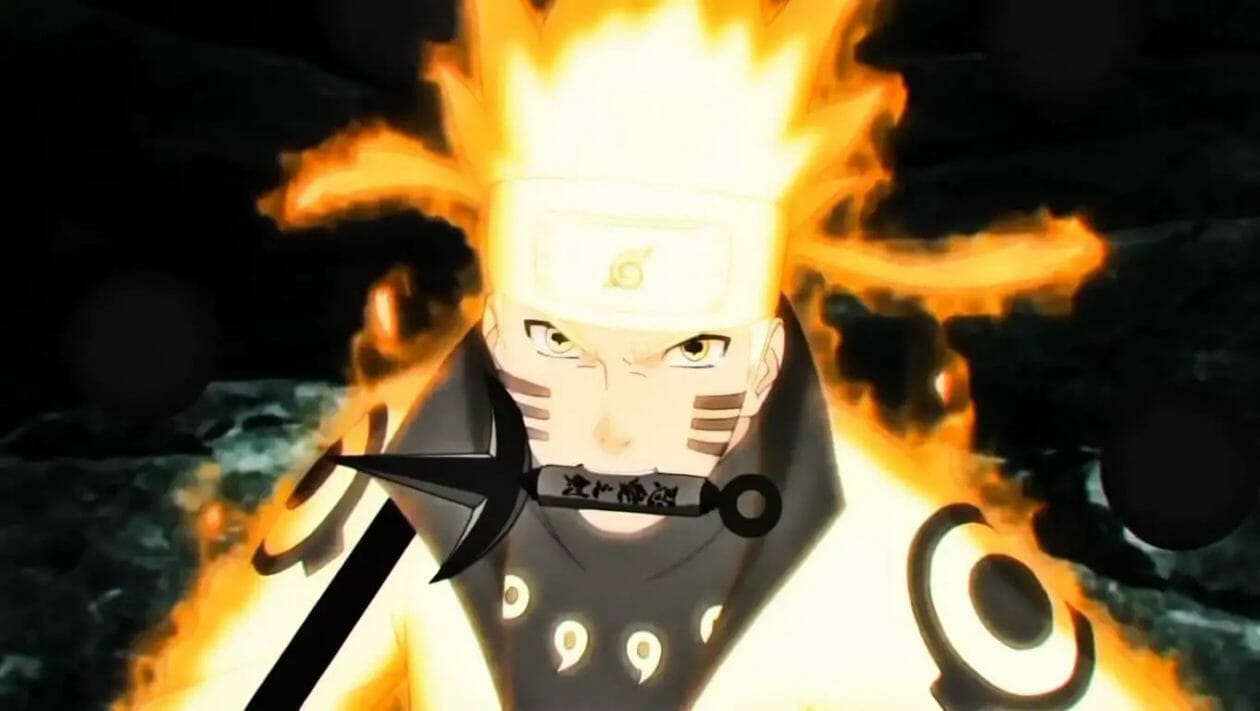 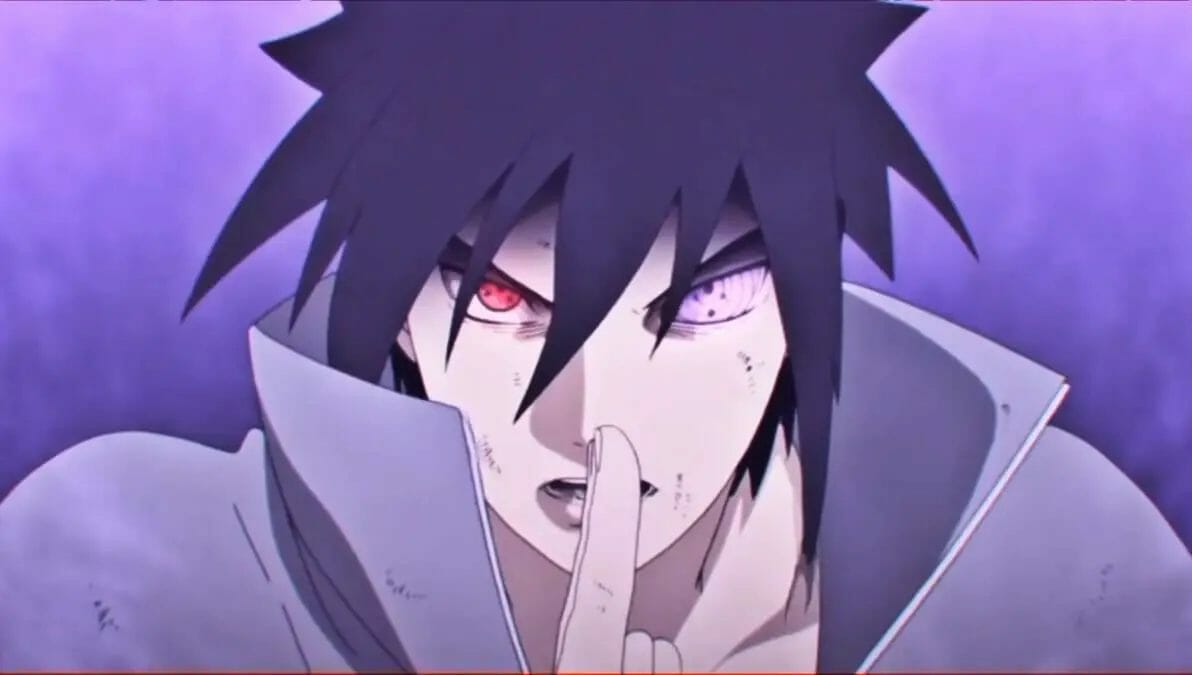 This is actually a clear answer that Six Paths Naruto is Stronger than Six Paths Sasuke.

Naruto at the beginning of the fight wasn’t trying to kill Sasuke and was holding back, whereas Sasuke was intending to kill Naruto.

Six Paths Naruto would’ve won the fight against Sasuke if he was really going for the kill. Sasuke himself said that if Naruto doesn’t get serious then he will be killed.

It is further visible that Sasuke had to use the chakra of all the Tailed Beast to create Indra’s Arrow whereas Naruto created Tailed Beast Rasenshuriken just by using Nature’s energy and his own chakra which equaled Sasuke’s attack.

Near the end, Sasuke uses Chidori amped with Anton Kagatsuchi and goes to Naruto whereas, Naruto uses Base Rasengan and still equals Sasuke’s Kagutsuchi.

The Databook says that both are equal at this point, the anime has also mentioned on various occasions that Naruto is the strongest shinobi of all time with only Sasuke as his equal and rival.

Also, when they were fighting against Momoshiki, both had an equal contribution to defeating him, neither of them outclassed each other.

So, let’s consider them equal at this stage. 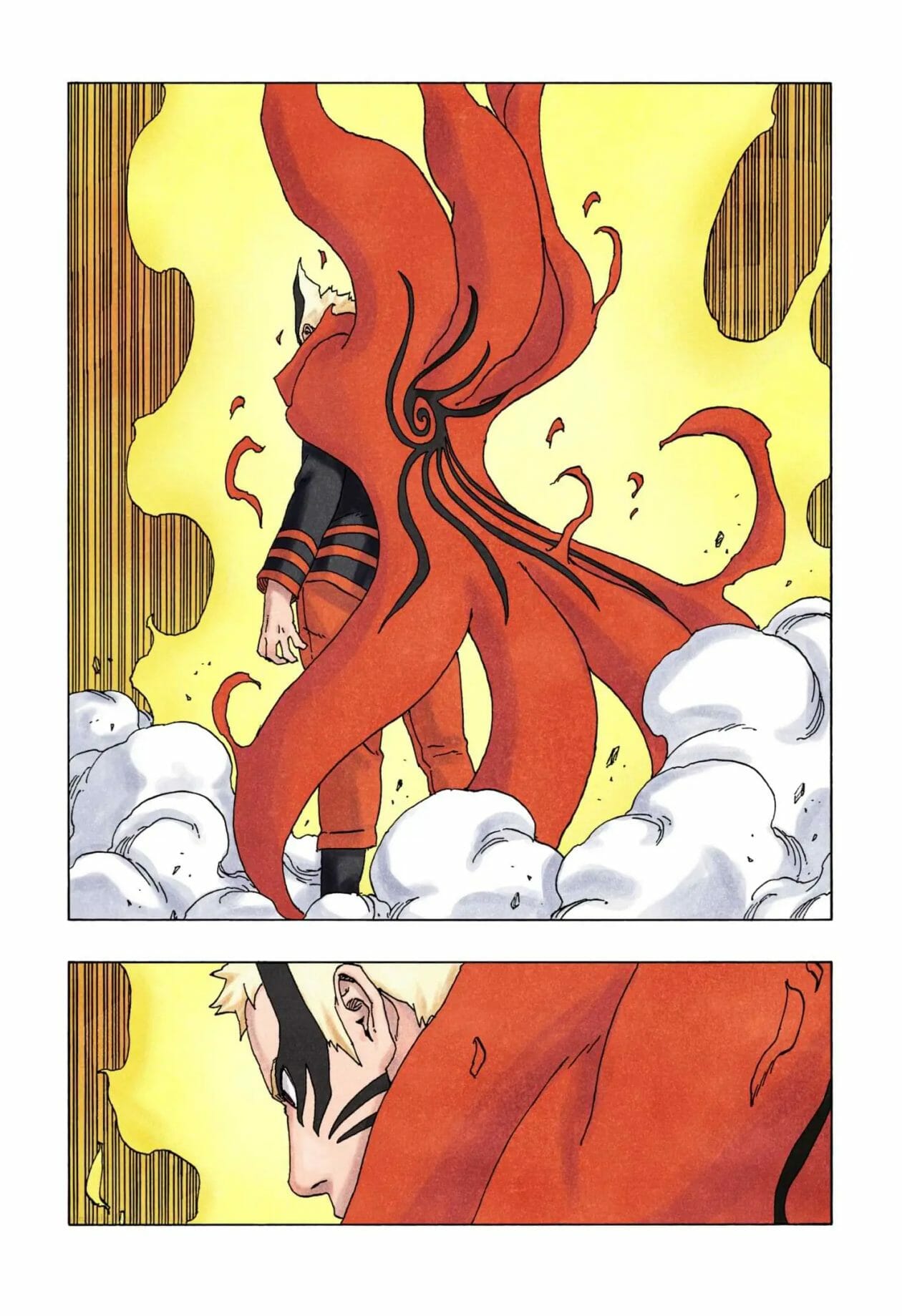 Naruto against Isshiki Otsutsuki awakened a new form which is called Baryon Mode.

This form gives a massive upgrade to all of Naruto’s strengths and abilities. According to Kurama, Naruto will eventually die after using Baryon Mode. It is very similar to the 8 Gates used by Gai.

Naruto was so fast that Sasuke’s Sharingan was not able to keep up with his movements.

Both Naruto and Sasuke have different modes in which their Abilities, Power, Chakra Reserves, Jutsus, Durability, Pros, and cons vary widely.

Neither of them is dominant over the other at every stage, but they do outrank each other in various modes.

All Fights between these two individuals are well thought over and compared with great care, however you are free to disagree. The debate over this Topic can have multiple outcomes, out of which some most expected scenarios are mentioned above.

Comment below if you have got a point to make clear or mention if you disagree with a suitable reason. We will try our best to incorporate your opinions in the articles if they are valid.